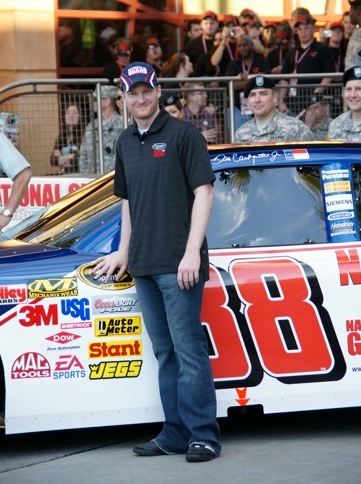 NASCAR’s Dale Earnhardt Jr. unveiled a replica of his No. 88 National Guard/AMP Energy Chevrolet at CityWalk’s plaza stage yesterday in front of a crowd of National Guardsmen and Universal Orlando guests.

Earnhardt was a few minutes late but the Universal host kept the crowd entertained with his jokes and by throwing out hats and T-shirts. Once on stage he answered some submitted fan questions, signed a few autographs and unveiled the replica of his 2009 race car.

The replica car is now on display permanently in front of the NASCAR Sport Grill in CityWalk.

More photos and a video below…

Read more about the NASCAR Sports Grille in the Feb./March 2009 issue of Orlando Attractions Magazine. 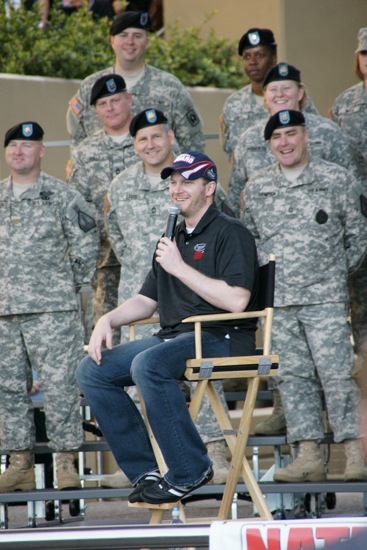 Universal Orlando now charges for all but...