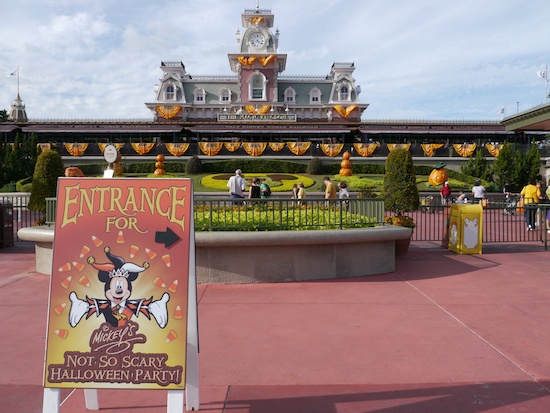 Some bloggers and members of the media were invited to check out this year’s Mickey’s Not So Scary Halloween Party on Saturday. The parties began last week and run select dates through Nov. 1, 2010. Here’s our full photo and video report. 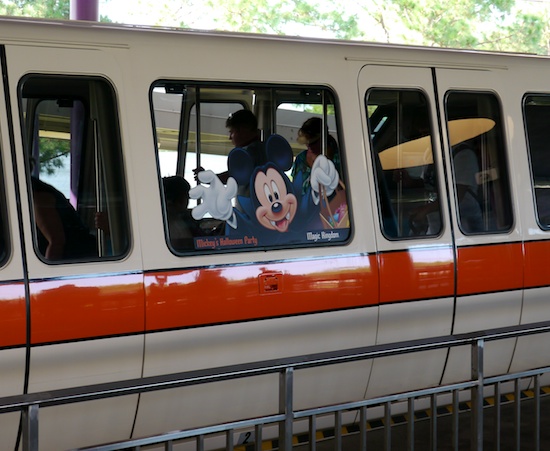 On the way in, we noticed the black and orange monorails have had the balloon decals removed from their windows and have added pictures of different characters dressed for Halloween. 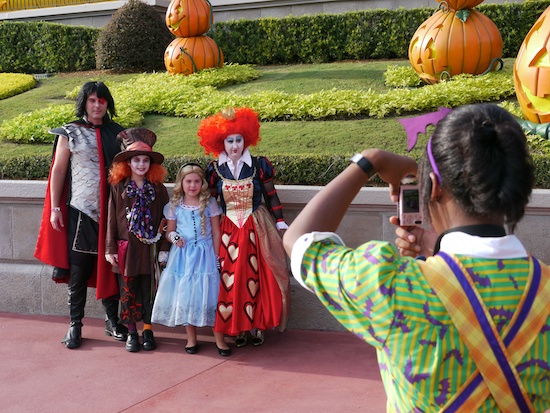 Many guests come in their best costumes. Here are some characters from the new Alice in Wonderland movie. 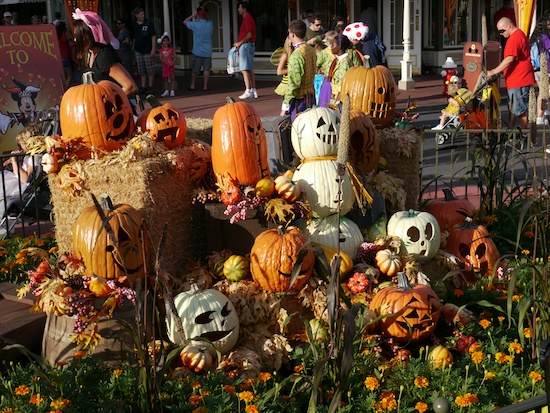 Here’s a video about the making of Main Street’s pumpikns: 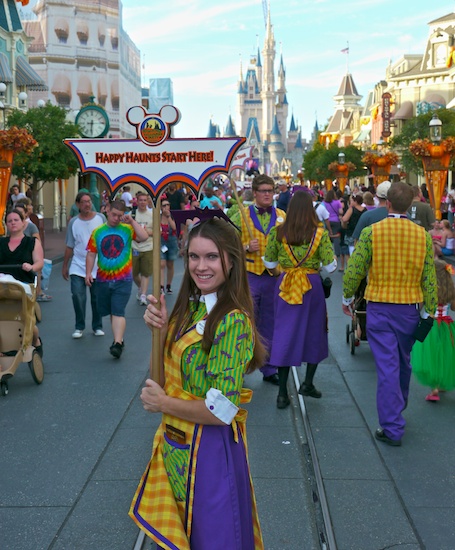 Many cast members lined the street before the party began, directing regular park guests out and welcoming party guests in. 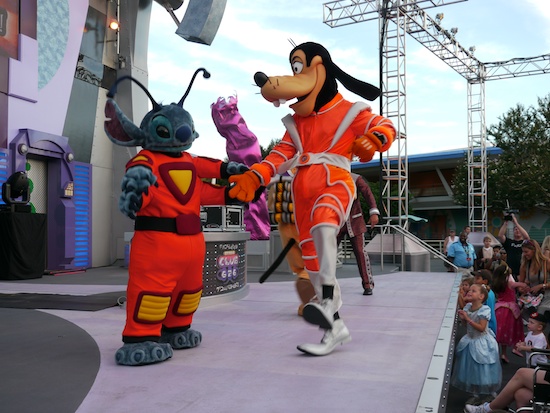 The Rockettower Plaza Stage in Tomorrowland was being used for Stitch’s Club 626 dance party. 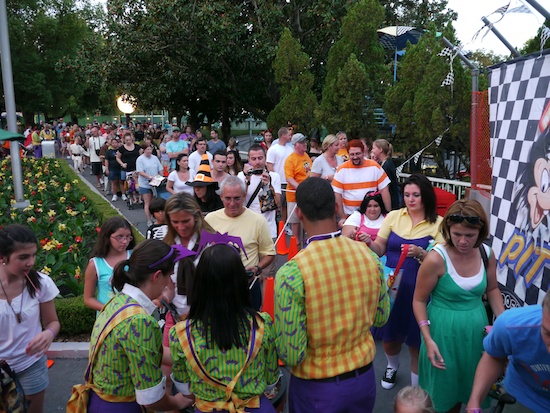 The lines at the Trick-or-Treating stations were long at first, but became short and shorter as the night went on. 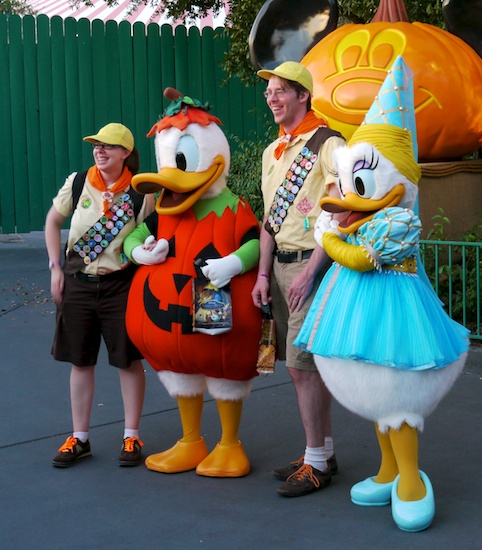 More great guest (and character) costumes. Carl and Ellie from Up meet Donald and Daisy at the entrance to Toontown. 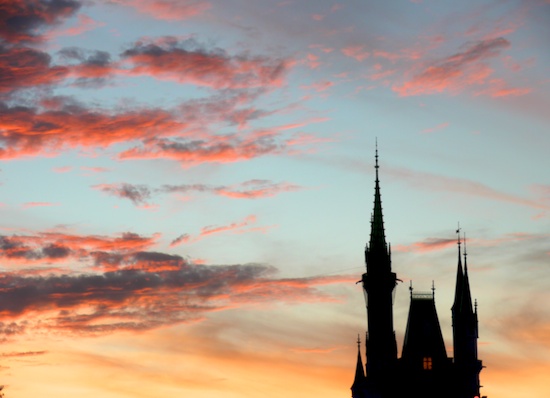 It was a beautiful night with a great sunset. 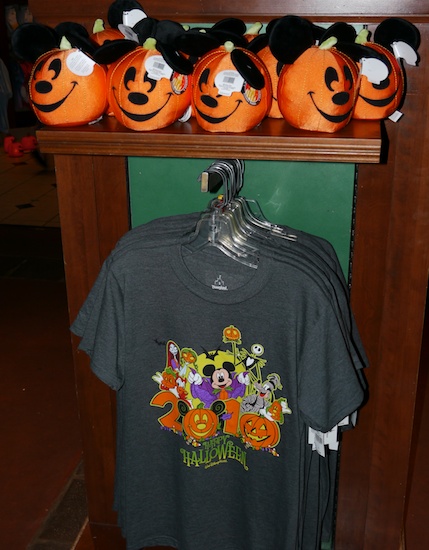 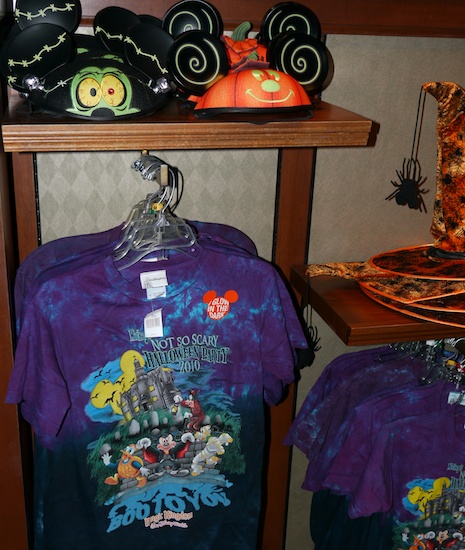 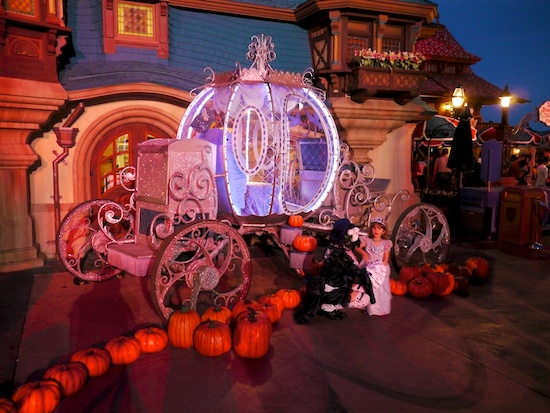 The party offered a lot of unique photo opportunities, like getting your picture in front of Cinderella’s coach. 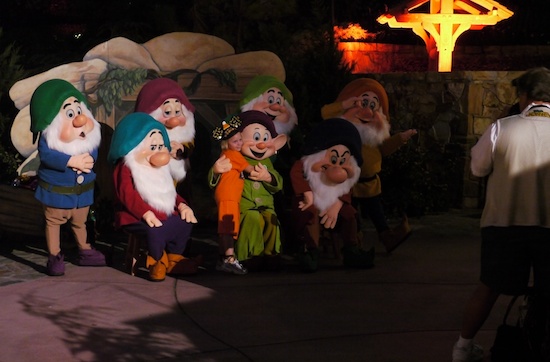 Another great photo op with all seven dwarves. 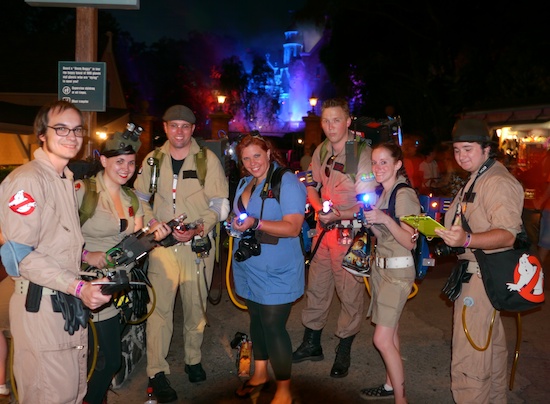 Oh no, someone called the Ghostbusters to the Haunted Mansion. 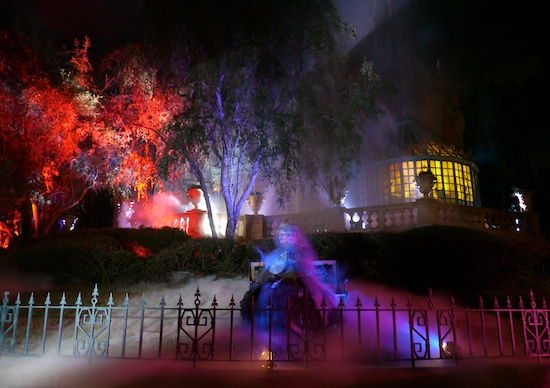 For our overview video (at the bottom of the page) we interviewed Miss Carlotta. She can normally be found in the Haunted Mansion ballroom, but they let her out for the party. See what she has to say to the Ghostbusters in the overview video. 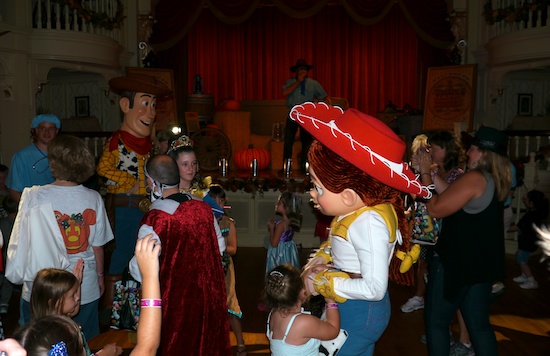 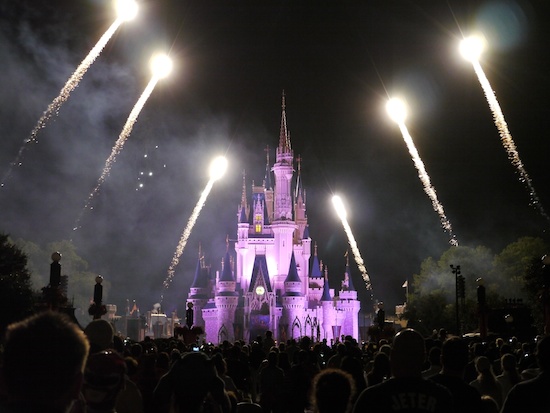 Be sure you’re on Main Street for the Happy Hallowishes fireworks show. It’s one of Disney’s best.

Here’s the full Villains Mix & Mingle show with newcomer, Dr. Facilier from the Princess and the Frog. 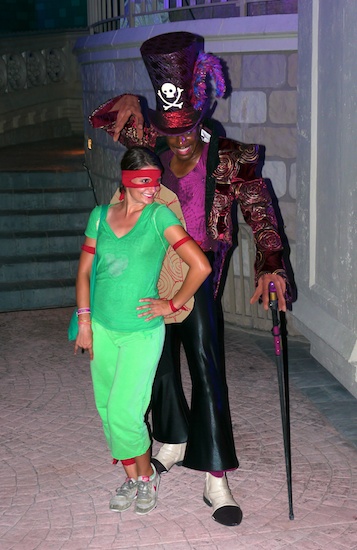 After the show, you can meet Dr. Facilier, like this Ninja Turtle did. 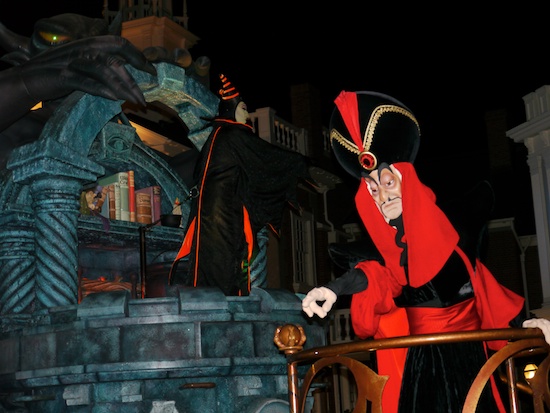 Another don’t miss is Mickey’s Boo To You Parade. If you can, catch the later parade for less crowds. 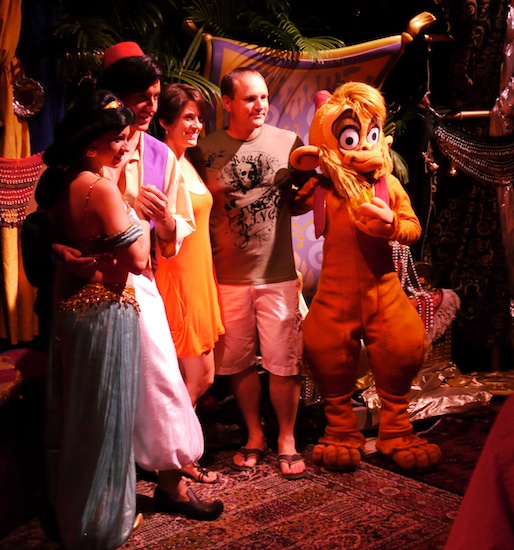 Disney’s parties at the Magic Kingdom are a great chance to meet some rare characters. I also spotted Tarzan and Jane meeting guests. I didn’t see Capt. Jack this year though. 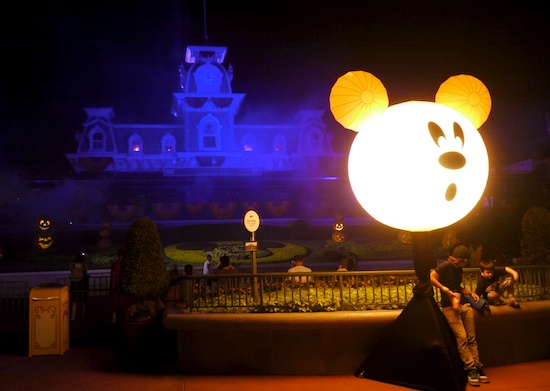 Even the train station looks spooky. 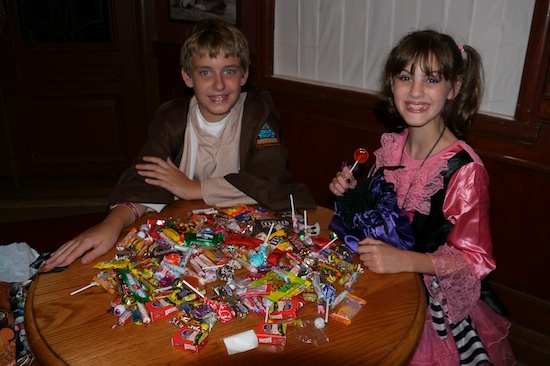 Our kid reporters Quinn and Mindy hauled in a lot of candy.