Pictures from the Obama rally in Orlando 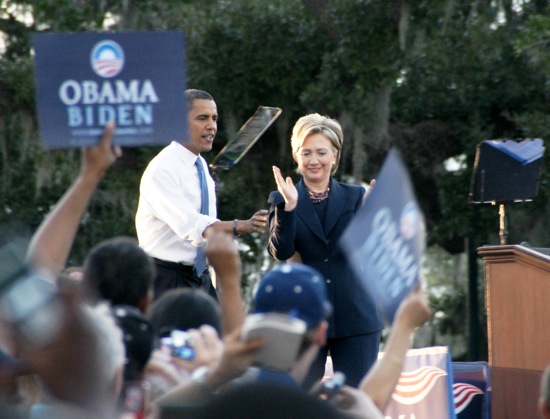 While not at all theme park related, the Barack Obama rally (with Hillary Clinton) outside the Amway Arena yesterday attracted about 50,000 people. I went to my first political rally just for the experience and to try to get some good pictures. Below is my story in pictures. To see all 25 pictures, visit the Events section of our Photo Gallery.

FYI: This coverage does not mean Orlando Attractions Magazine is endorsing Obama (or McCain).

In order to avoid the hassle of parking near the arena, they were offering a free shuttle from the Citrus Bowl, so that’s where my brother and I parked. This was the line we had to join to wait for a bus. The wait wasn’t too bad as more and more buses started arriving. The line to get back after the event was much longer wait and unorganized. 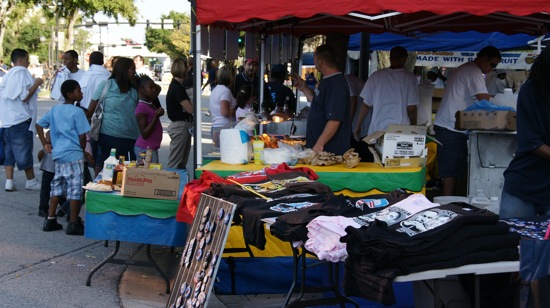 A lot of vendors were taking advantage of the large crowds by selling fried foods, $6 lemon-aids and of course, all kinds of T-shirts, buttons, signs and stickers. 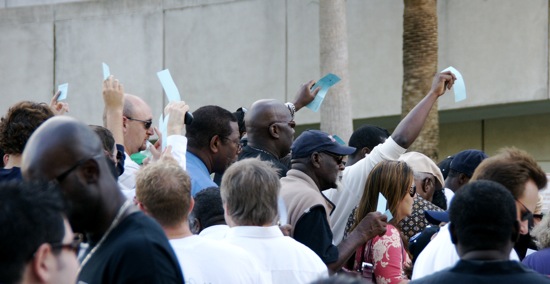 The line to get into the area in front of (and beside and behind) the stage and through security was also a long one. We saw many holding up blue and white tickets to get in. We didn’t have either and didn’t know where to get any. Eventually we realized you didn’t need a ticket to get in. I assume the tickets meant you were placed in a better viewing area.

The best place to be, besides right in front of the stage, was sitting on the steps. Of course they filled up quickly. 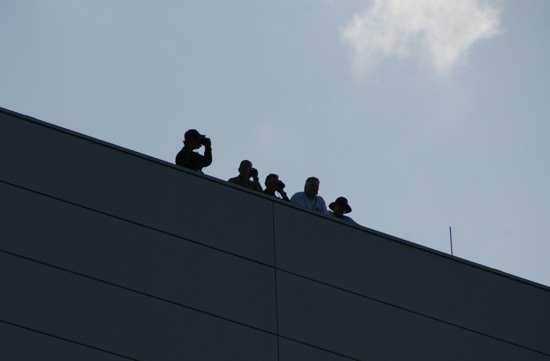 I assume this was security on the roof of the Amway Arena with binoculars. They had metal detectors at the security checkpoint, but when we went through they weren’t on. 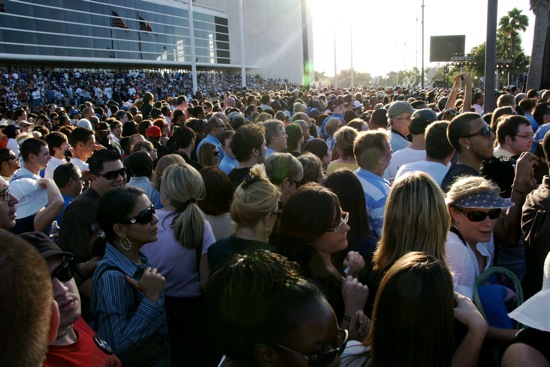 Once we were in, we were pretty much stuck there. This was the amount of people in front of me…

And this was the amount of people behind me. 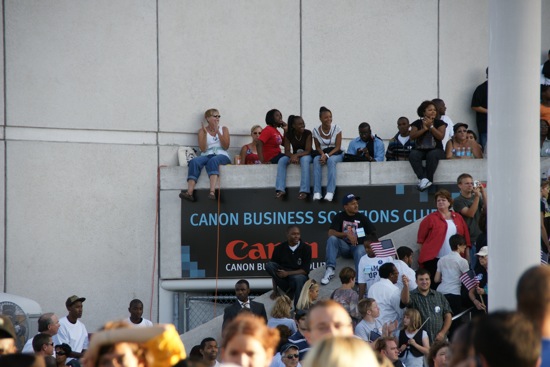 If there had been more room, they probably would have had a lot more people than 50,000. 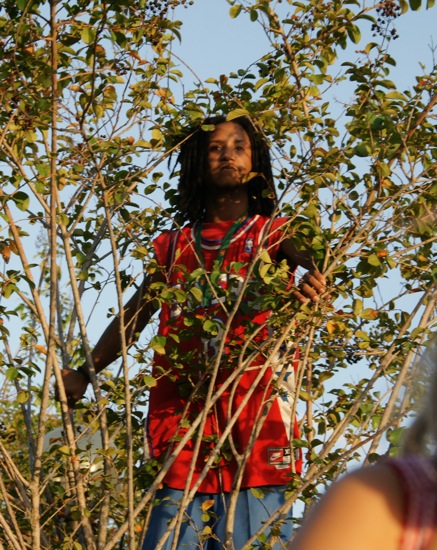 This guy even climbed a tree to get a better look. 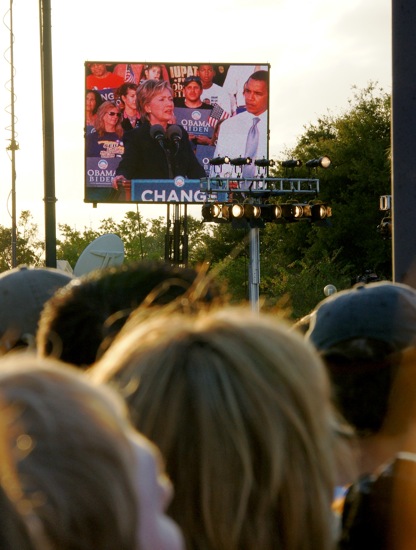 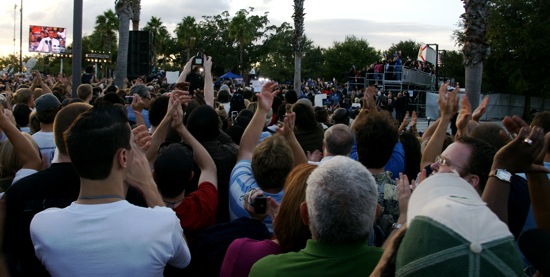 This was my view without the use of my zoom lens. 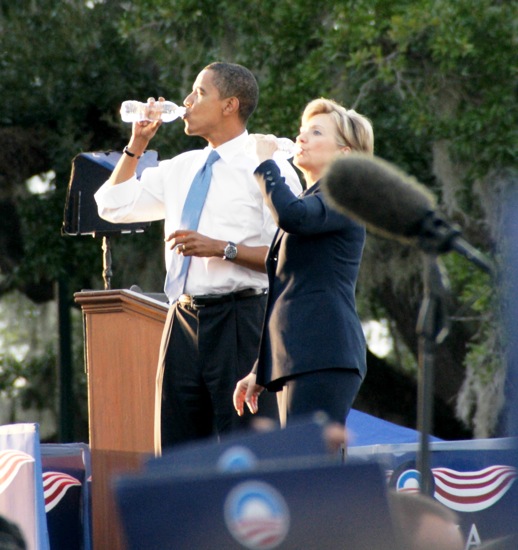 I’ll end with this potentially amusing picture. I thought about digitally changing their water bottles into beer bottles, but then thought better of it.

A stop on Disney’s ‘What Will You Celebrate?’ tour

Get your forks ready – Great American...