Rare and original Walt Disney Studios concept art is being auctioned off in the August Fine Autographs and Artifacts auction from RR Auction through Aug. 8. 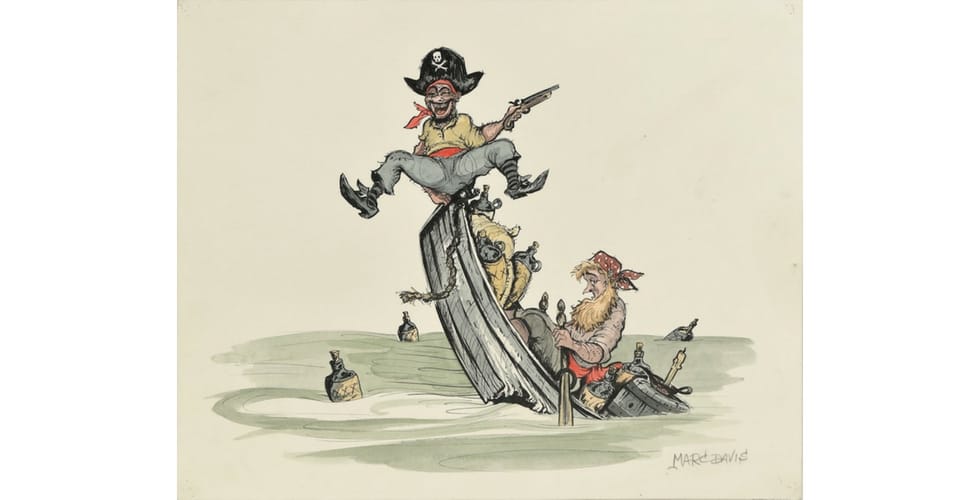 Original concept art for Pirates of the Caribbean will be up for auction, among other original Disney concept designs.

A highlight of the items included in the auction is two early concept designs for the Pirates of the Caribbean attraction by Marc Davis.

The first depicts a pair of pirates aboard a sinking boat, with one man still rowing and the other on top of the bow with their loot and jugs of rum as they float away. This painting is made from ink and watercolor, with Davis’ signing in pencil. The other design features a pair of crewmen who discover a pirate below a large “Jolly Roger” flag.

Davis, one of Disney’s Nine Old Men – the core animators of Disney’s early films, joined in 1935 as an apprentice animation on “Snow White and the Seven Dwarfs.” He continued to work on other classic films, and then transferred to Disney’s Imagineering team to bring his whimsy and character concepts to Disneyland attractions like the Haunted Mansion, It’s a Small World, and Pirates of the Caribbean.

Other items being auctioned off include: 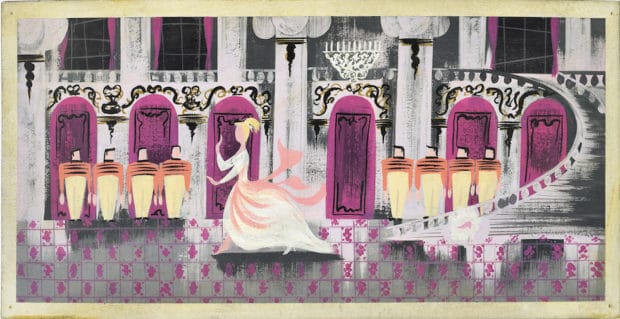 The Animation section of this auction includes 194 animation lots, with 140 Walt Disney-related items.

This auction will conclude on Aug. 8. For more details, visit RRAuction.com.

From disaster to attraction? Hawaii may be adding a Ferris wheel near their lava flow