Potter Puppet Pals coming to Orlando as part of Leakycon 2011 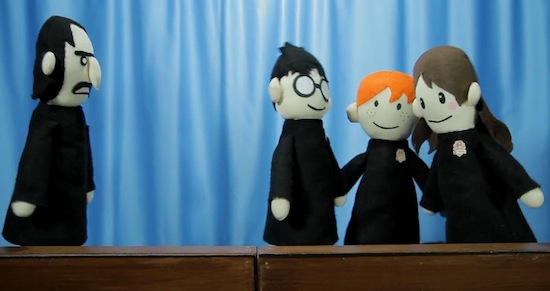 Potter Puppet Pals, the YouTube comedy sensation, will perform live in Orlando next July for LeakyCon 2011, a charity Harry Potter conference put on by LeakyNews.com.

Neil Cicierega and his fellow puppetteers will be bringing the Pals’ brand of satire and spoof to Orlando. The videos have garnered more than 172 million views to date, a 2007 Best Comedy Video YouTube award and a fan following as loyal as that of the Harry Potter series itself.

If you’ve never heard of Potter Puppet Pals, here’s a look at one of their more popular videos:

Like Infinitus 2010, the Harry Potter conference held earlier this year, LeakyCon will be held at Universal’s Royal Pacific Resort. The resort is just a short boat ride away from The Wizarding World of Harry Potter in Islands of Adventure. This is The Leaky Cauldron’s second charity conference. It will take place on the weekend of the release of the final film in the Harry Potter franchise, July 13 to 17, 2011.

LeakyCon 2011 has also revealed an all-star wizard rock lineup including fan staples such as Harry and the Potters, Draco and the Malfoys, Ministry of Magic, The Whomping Willows, The Remus Lupins, and more. Two concerts at the conference will feature 12 fan-favorite bands.

“This is just the beginning of our announcements of lineup of guests, performers, speakers, artists and more,” said Edward Drogos, one of the conference’s main organizers. “LeakyCon 2011 a will live long in our attendees’ memories as one of the best times they ever had as a Harry Potter fan.”

Attractions readers can save $25 off registration during the next week by using the code ATTR1 at leakycon.com.