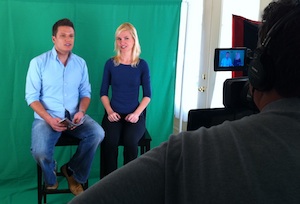 We’ve assembled a fantastic cast of hosts that are all theme park fans in their own right. Each week you will be able to journey along with our hosts, reporters and cameras as we bring you Central Florida theme park and attractions news like no one else.

We strive to be the very best and share our love of Orlando attractions in everything we do. Now with The Show, our story’s come to life in beautiful HD video.

So without futher ado, here’s our first episode:

As always, your suggestions are always welcomed. Let us know what you liked and didn’t like. This is really your show, just like it is your magazine, so let us know what you’d like to see featured. We also welcome your submitted videos and voice messages. Send them to [email protected] Special thanks to our first sponsor, the Kissimmee Convention and Visitors Bureau.

We’ll be rotating our cast of hosts and reporters so you won’t see the same pair each week. Here’s a short bio of our cast and staff in no particular order: 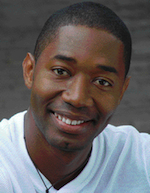 Mark Daniel is a native of the country of Trinidad and Tobago and moved to Tampa at age 12. His first “professional” gig as an improv actor was at SAK Comedy Lab in downtown Orlando, and he also kept audiences entertained at The Comedy Warehouse in Pleasure Island at Walt Disney World.  Mark also performed as part of the opening act in Jimmy Buffet’s “Tuesdays, Thursdays & Saturdays” Tour in 2000, and was the warm-up host for the  Nickelodeon TV game show My Family’s Got Guts, Star Wars: Celebration 5, and has performed on The Steve Harvey Morning Show. He has performed in shows at all four Disney Theme Parks and currently can be seen at The American Idol Experience at Disney’s Hollywood Studios and as a featured comic at Bonkerz Comedy Clubs. 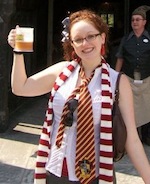 Samantha is an Orlando theme park enthusiast and has been working in the industry for the past three and a half years. She started out on the front line at SeaWorld’s Aquatica and then moved to the marketing department. From there, she took on a sales/marketing job at a theme park ticket distributor, happily writing blog articles and newsletters. Sam is currently working part-time at Bubba Gump Shrimp Company at Universal’s CityWalk, and is a full-time graduate student at the University of Central Florida. She is getting her masters in Social Sciences Education and hopes to teach American History one day.

After years of lingering in academia for production and writing, Audrey worked as a freelance magazine journalist, fangirl blogger and correspondent for public radio. During her life as a journalist, she looked for any excuse to cover theme parks, even when it meant a bit of a stretch. (Like the time she had to generate an excuse because she was dying to interview Haunted Mansion voice actor Corey Burton, which first lead her to Orlando Attractions Magazine over three years ago.) Audrey was once mentioned in the Huffington Post by documentary director Mark Edlitz for her feminist thoughts on Princess Leia’s gold bikini, to which her mother replied, “That’s nice dear, what’s a Huffington Post?” But it wasn’t until her small theme park web series “Park Geeks” garnered a teeny tiny following that she was able to make the leap to full-time theme parking. What? That’s a real thing…

Jake Aaron Williams is a creative professional who holds an MA in Digital Storytelling from Ball State University, where he also taught screenwriting and beginning video production for two years. He is an experienced freelance digital videographer, non-linear editor, DVD authoring engineer, director and writer who just sold his first two screenplays in a one-step deal. But if he told you any more than that, he’d have to kill you…legal secrets you know. Jake found creative energy and inspiration in the theme park and tourism industry as far back as he can remember and he even asked his wife to marry him at King’s Island in Mason, Ohio. (Under a replica of the Starship Enterprise, no less.) His allegiance lies with the Rebel Alliance, but you didn’t hear it from him… 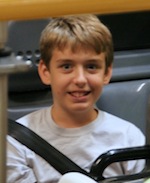 As the son of Orlando Attractions Magazine Publisher Matt Roseboom, Quinn has been fortunate to attend some really great events. His dad jokingly says “If he’s tagging along anyway, why not put him to work?” Quinn is just as big of a theme park fan as his dad. His goal is to become a theme park owner when he grows up. He’s currently in middle school where his favorite classes are art and drama. 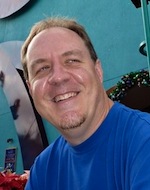 Matt’s the owner, editor and publisher of Orlando Attractions Magazine. He has more than 15 years of publishing, video and photography experience, including five years as owner and editor of two weekly newspapers in Southwest Florida. Matt is also a travel writer and the publisher of CruiseNewsWeekly.com.

Photos from day one of Disney's Christmas Day Parade 2010 taping

this is awesome!!! Can’t wait for the itunes feed so i can watch every thurs on my phone!

I love it what a great idea. The flow of the show is perfect and the host are great. Good luck and cougats and the new show.

Love it! We need more theme park programming!!! Great work here. Consider the Park Geeks on call if you ever need them. 🙂

How exciting! This is awesome – you guys never fail to impress!

All you need now is a red couch covered with Mickey ears! 🙂

Nice work everyone. I am so excited to see this project realized! Congrats to all. This makes me very proud to be associated with the magazine.

how wonderful!!! love your magazine etc and living in NZ is such a long way away but I can keep up and feel like I am there through you guys.

Great show! We’re so excited to be working with Attractions Magazine!

wanted to know some dates for fantasmic show in december of this year.

The site is neither affiliated with Orlando Attractions Magazine nor Disney, but I’ve found it easiest to find what show are on what nights at which parks.

But, December won’t be published anywhere yet.

OOTL Andy thanks for the info