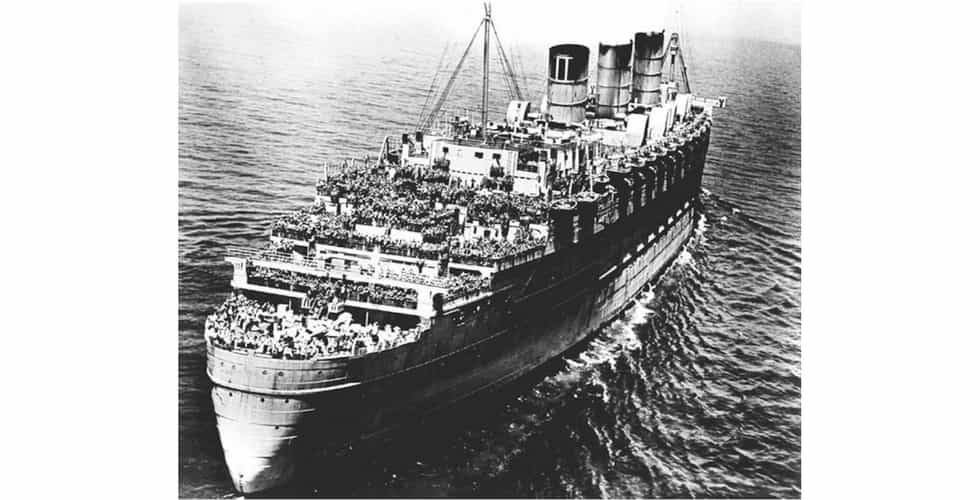 Guests will be able to spend the night in the Queen Mary’s most haunted stateroom starting Friday the 13th.

The Queen Mary, called one of the “Top 10 most haunted places on Earth” by Time Magazine, has announced that the infamously haunted Stateroom B340 will be available for overnight guests starting Friday, April 13.

Featured on SYFY Channel’s “Ghost Hunters” and the British TV series “Most Haunted,” Stateroom B340 offers enthusiasts of the supernatural the chance to spend the night in the center of all alleged paranormal activity at the Queen Mary.

“Several of the cabins onboard the Queen Mary are considered haunted. But, the stateroom with the most infamous reputation is room B340,” said Stephen Sowards, general manager of the Queen Mary. “The last time the room was occupied by a guest was in the 1980s. For decades we’ve had thousands of visitors request to occupy the room, and after 30 years, we are excited to once again extend the offer to our guests.”

Stateroom B340 has had a large amount of recorded paranormal activity noted in the ship’s logs. Reports date back to the final ocean voyage of the Queen Mary in 1967, and include complaints from guests staying in the room claiming that someone was knocking on the door in the middle of the night.

Other complaints include the sink faucet turning on and off on its own, bathroom lights turning on by themselves, and bathroom doors shutting on their own. Some guests have even claimed that the covers of their bed were pulled off while they were sleeping, and waking up to see a dark figure standing at the foot of the bed.

During the year’s of voyaging on the sea, the space took up three third class staterooms, and has since been remodeled to become one large guest suite. B340 is larger than the average cruise ship cabin, and features operable portholes and offers all the conveniences of a modern hotel.

In addition to B340’s standard hotel room amenities, the stateroom will supply a chest with unique items available for guests to take their overnight haunt experience to the next level, including a Ouija board, tarot cards, and ghost hunting equipment.

For more information on staying in Stateroom B340, or to purchase tickets for the haunted attractions and tours aboard the Queen Mary, visit QueenMary.com.