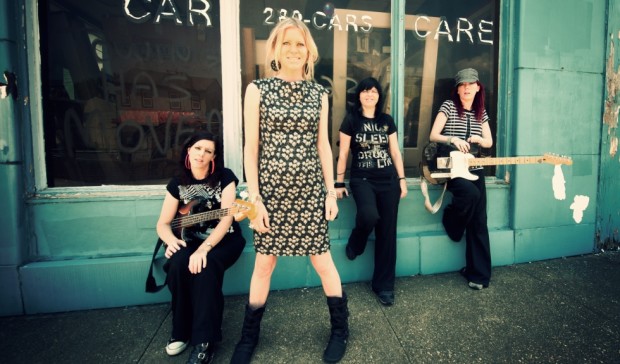 Labor Day weekend guests can celebrate Orlando’s only boutique Irish festival with performances beginning at noon Friday through Monday, and continuing throughout each day and night.

• Screaming Orphans – Four sisters from Bundoran in County Donegal, Ireland, who combine original pop/rock music with the Ceili (kay-lee) traditional music of their family roots. Their show has had stops at the Great Irish Hooley between August shows at the Milwaukee Irish Fest and September appearances at the Pittsburgh Irish Festival.

• The Raglan Roots Coalition – 10 years down the road, Raglan felt it was time to shake its boogie – Roots style, with this new Irish house band. Think Celtic bluegrass with some hip-swingin’, knee-shakin’ funky roots beats, and you’re only halfway there.

• The West Coast Trio – This three-man band from Ireland’s west coast plays traditional and contemporary Irish songs on accordion, flute and guitar with plenty of reels and jigs.

• The Blarney Stones – Three talented musicians from Ireland with a fresh take on Irish music and a new, exciting sound for our guests. Lead singer Hannah Carr may dance a step or two, as she’s a former Raglan Road Irish Dancer.

• The Blaggards – Hailing from County Clare, home of traditional Irish music, these vibrant musicians honed their skills performing on the west coast of Ireland gig scene while studying at the Irish Music Institute in the University of Limerick.

• Cooney & Ryan – These accomplished, energetic musicians often invite the crowd to sing along.

• The Raglan Road Irish Dancers – The Raglan Road Dancers perform throughout the long Hooley weekend. You can even learn some traditional Irish dance steps – no experience necessary.

A traditional Irish social celebration, the Hooley combines music ranging from traditional to rock tunes with entertainment and fun for the whole family. The Hooley also will feature Celtic face-painting Saturday through Monday. Throughout the Hooley, guests can step up to one of Raglan Road’s 130-year-old imported-from-Ireland bars or grab a table for authentic fare by Irish celebrity chef Kevin Dundon.

“Ten years since opening, and four years since our first Hooley – we’re still going strong, and we’re excited to share our traditions, as well as the best of Irish bands and entertainers,” says John Cooke, a Raglan Road founding partner and Dublin native.

The complete entertainment schedule will be posted at RaglanRoad.com and GreatIrishHooley.com closer to the event.