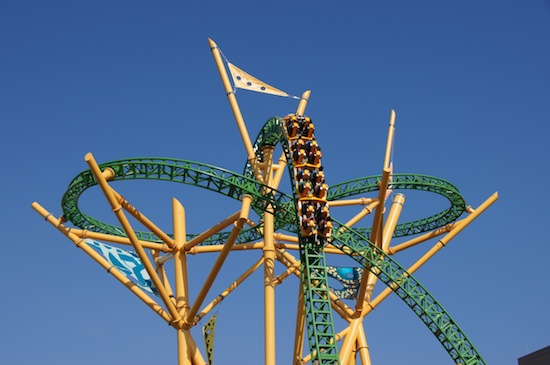 Cheetah Hunt, Busch Gardens’ newest roller coaster and animal exhibit, officially opened today. It’s an amazing ride that you have to experience in person to truly appreciate. What makes Cheetah Hunt such a great ride is the air time … no it’s the three launches … no it’s the zig-zag motion through the trench. I guess it’s the combination of all three.

The ride starts off with a quick launch out of the station. You head around the corner, down into a trench where you encounter the second launch, straight up a hill to the iconic-looking figure eight pictured above. Unlike going straight up the lift hill on Hollywood Rip Ride Rockit at Universal Studios, the launch makes it seem as if you’re blasting up into the sky. This is the first of many times you’ll come out of your seat for some “airtime”.

All of the launches happen while you’re moving, (First launch at 30 mph, second at 60 mph and third at 45 mph) so it’s not truly 0-60, but they all feel powerful so it doesn’t matter much.

Once you’re on the figure eight, things slow down as you go around then down into a tunnel. This isn’t a huge coaster heighth-wise. The largest drop is 130 feet. It’s not as scary as Busch Gardens’ Sheikra, but it’s just as thrilling. 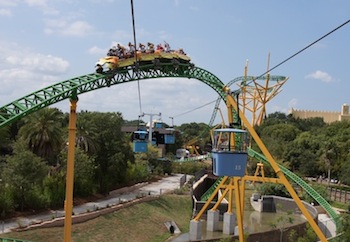 The next cool moment is hit or miss. It’s when the track goes over the Skyride. If there’s a Skyride bucket underneath, it’s cool, but if it’s not there, you’re just going over some wires.

After that, you go upside down in a heartline roll. It’s sort of a spinning roll while still headed forward. The upside down turn doesn’t happen too quick. It seems like you’re upside-down for more than just a second, so make sure things in your pockets are secure. Lockers are available for .50¢ (with no time limit), so be sure to use them if needed.

Next is the side-to-side motion through a trench. The coaster track is curved left, then right, then left and so on. It’s a neat maneuver that had many in my coaster car chanting “whoa” with each banked turn.

Now it’s time for the last launch. This is the best one of all. It shoots you right up a hill, then you come right back down. It gives you maximum airtime that surprises you because you expect to level off at the top of the hill. A few more thrilling turns and your ride is over. From first movement to stop is about two minutes. At 4,429 feet-long, this coaster is the longest in Florida and it covers a lot of ground at the park.

When asked to name my favorite coaster in Florida, I could never decide. Now I know Cheetah Hunt is it. Here’s a video of Orlando Attractions Magazine – The Show hosts Jessica Steele Allen and JD Trussel taking their first ride, captured via the Cheetah Cam Busch Gardens had set up for the media. After that we’ll take a look around the rest of the attraction. 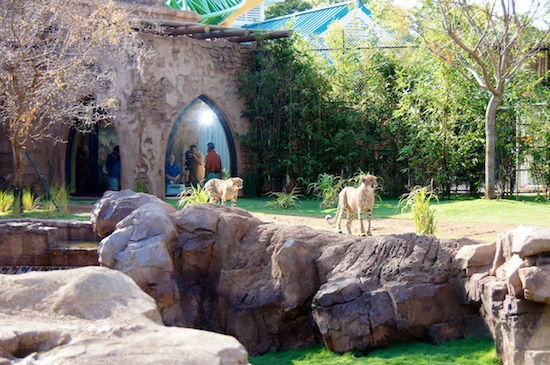 When you first enter the new area, you’ll pass by the cheetah exhibit called Cheetah Run. Notice the glass window. There are a few which allow you to possibly get right next to these amazing animals. 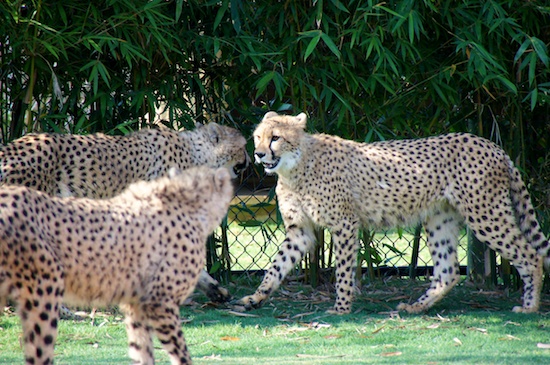 Yesterday afternoon there were seven cheetahs out exploring their new area. They seem like big house cats. They had a couple of balls they were chasing and playing with. 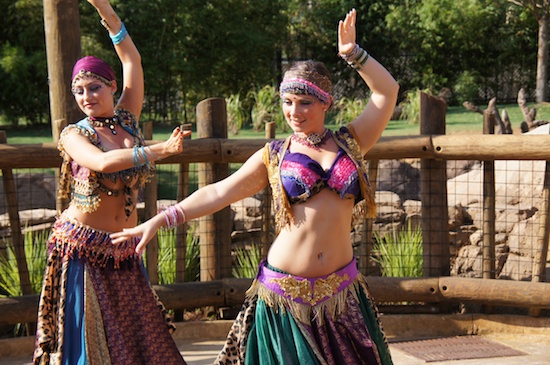 These dancers were roaming the area along with some stilt walkers, a band and some atmosphere characters. 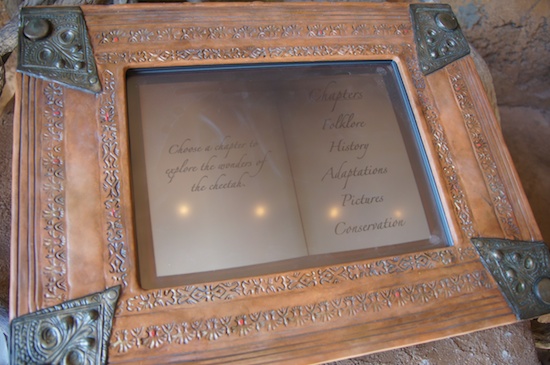 There are signs and touch-screens at different locations which allow you to find out more information about the endangered cheetah. There’s also a cheetah snack bar. 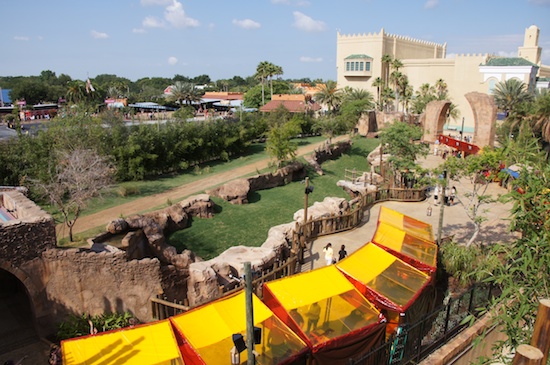 This is an overview of the cheetah habitat area. The brown line is a track for the cheetahs to run. The trainers have certain times when they encourage the cheetahs to run the track. The roller coaster is off camera to the right of this picture. So the cheetahs don’t really run alongside the coaster track. In fact, it’s really hard to see the cheetahs while on the ride. (The yellow tents are not normally there. They were set up as part of media day.) 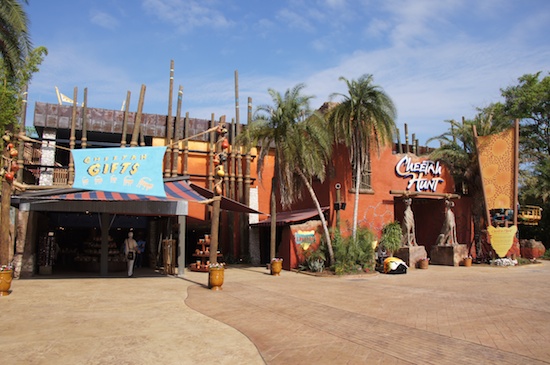 Here’s the ride entrance. The gift shop is on the left and the entrance to the Skyride is just off camera, to the right. 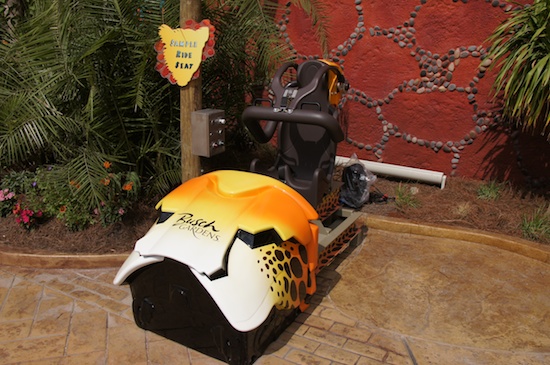 A test car sits outside the entrance. There’s a light that turns green to let you know you’ve pulled the restraint down far enough to ride. I saw a really tall person riding with no problem, but those with a big belly or chest may not be able to ride. I saw one man have to get off the ride because he couldn’t get the restraint belt latched. 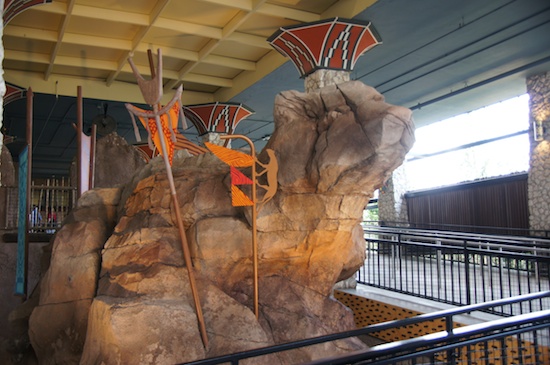 A large “stone” sculpture of a cheetah in the queue area. 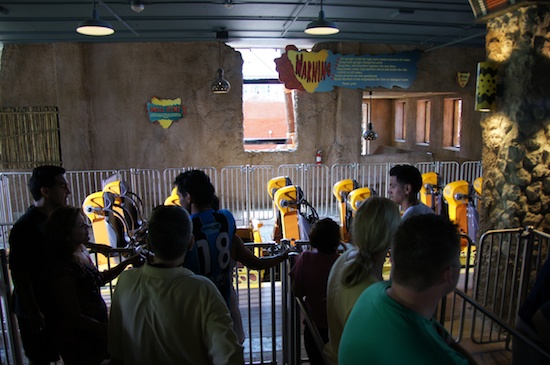 Here’s the loading area. They have signs indicating the lines to ride in the front or back. I tried both. I prefer the front because of the view, but I think the back is a bit more thrilling and gives more airtime.

This ride isn’t on their Quick Queue system yet, although they have a separate entrance for it. They said they don’t yet know when it will be added. Hopefully it will be sooner rather than later. The Hollywood Rip Ride Rockit coaster opened almost two years ago and it’s still not a part of Universal’s Express Pass. 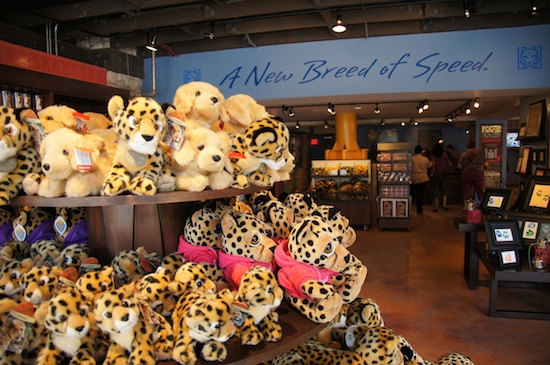 Of course the gift shop is at the exit to the ride. It’s fully stocked with a lot of cheetah merchandise. They even have a plush baby cheetah and dog representing Kasi and Mtani, the dog and cheetah they’re raising together. You can read more about them Here. 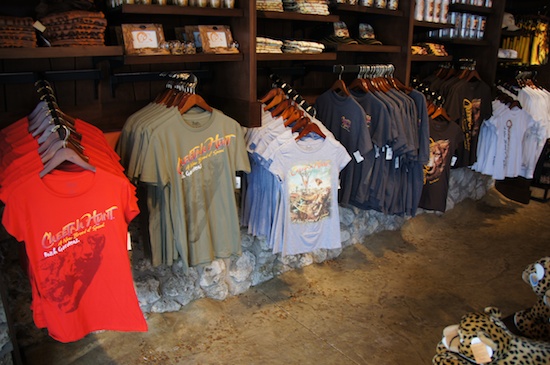 Here are just some of the many Cheetah Hunt T-shirts available. 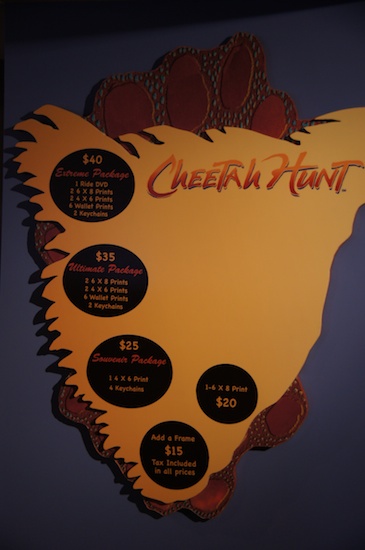 The gift shop is also where you can buy your on-ride photo. You can also buy a video of your ride. 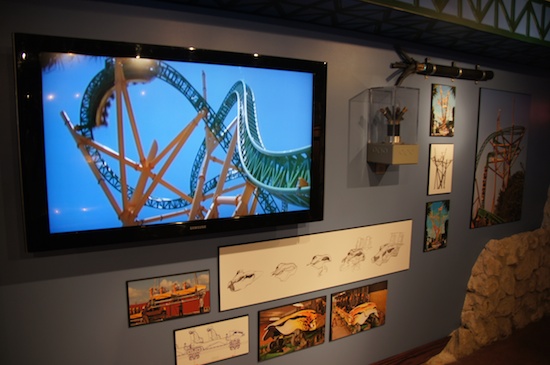 This behind the scenes look at the making of Cheetah Hunt display can also be found in the gift shop.

Some American Express cardholders can ‘relax, refresh, and recharge’ in a new lounge at Universal

I need the invitation and the promotions in the differences parks, the packages the prices low.

What is the best price low in the august ?

Mermaids added to Pirates of the Caribbean...