Theater Review: Hedwig and The Angry Inch rocks at Antigravity! 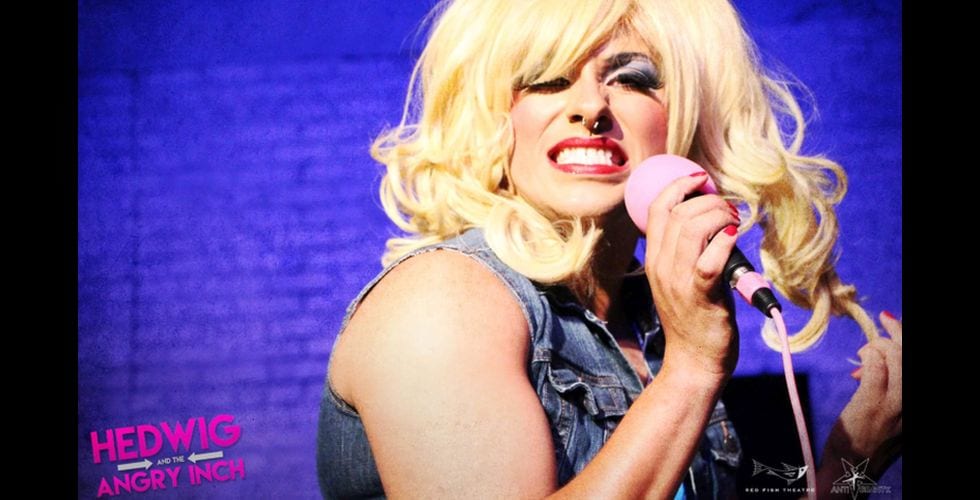 Hedwig is ready to rock your world!

“Ladies and gentlemen, whether you like it or not … Hedwig!” With those iconic words the audience is taken away from their normal lives and dropped off into the manic, rock star world of “Hedwig and the Angry Inch”!

I should preface this by saying that this show is most definitely rated R. Foul language, sexual innuendo, brief nudity and adult themes place this show firmly in the “adults only” category, but the fine direction and nuanced performances keep Hedwig from being too gratuitous. The story revolves around a washed up, transgendered, German rock star named Hedwig with her band “The Angry Inch.”

Red Fish Theatre is taking a unique approach to the show by having the actors playing the two leads, Hedwig and her beleaguered husband Yitzhak, along with their understudy, switch between the parts each show. We the audience are attending a rock concert featuring Hedwig and The Angry Inch where, between performances of some of their hit songs, Hedwig tells details of her life and of her involvement in a major scandal currently dominating the headlines. It’s in these quiet, cabaret-like moments that Hedwig truly shines.

At the performance I attended, Hedwig was performed by the lead Moses Galarza with understudy Kelsey Morales portraying Yitzhak. While Galarza might have missed a bit of the stage presence to truly command the audience’s attention during some of the hard rock numbers (which is at times understandable, considering the superb aerial performances that happened during those numbers, courtesy of the talented and beautiful Antigravity performers), he was absolutely captivating through his delivery of the ballads and Hedwig’s personal story. Galarza was able to nimbly move between raunchy jokes and heartfelt personal insights allowing the audience to connect with Hedwig and keep her from becoming too much of a caricature. Morales was equally talented as second banana Yitzhak, making it easy for the audience to buy into her performance as a transvestite backup singer able to hit all the high notes. 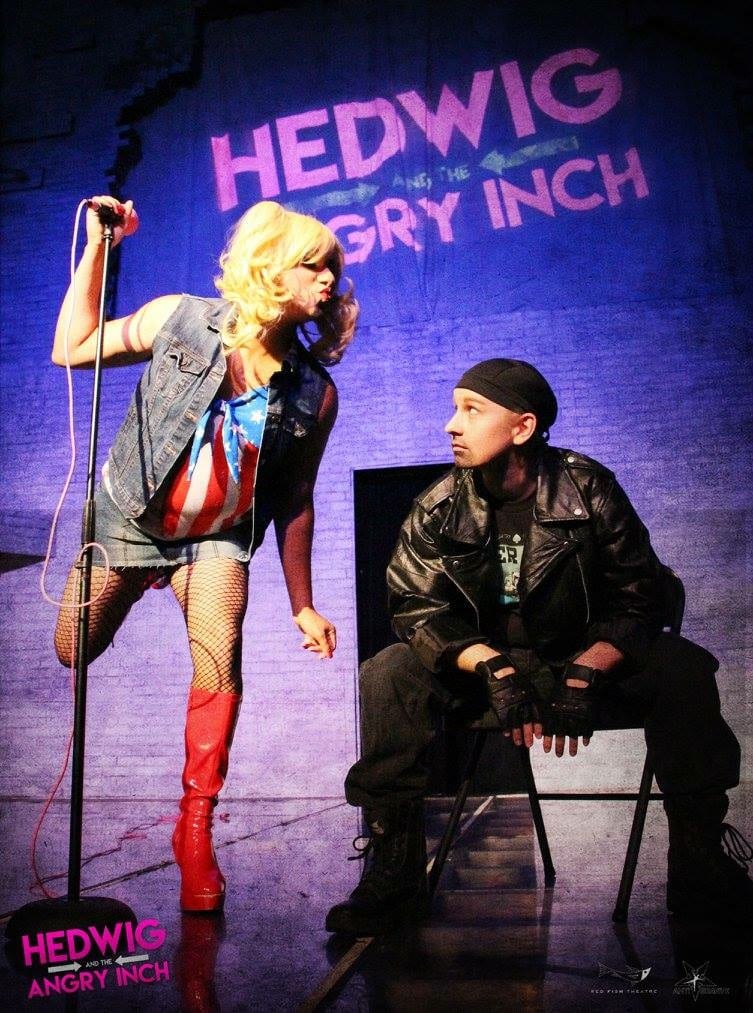 The audio problems which plagued previous Red Fish Theatre productions at Antigravity are mostly gone, allowing the audience to hear and understand a wonderful and heartfelt production of a very unique show. Director Adam Graham gave the show a timeless quality by maintaining the dated timeline of the show and peppering in modern references (including a few hilarious jabs at previous Red Fish Theatre productions.)

In the end, a few minor quibbles aside, Red Fish Theatre’s production of Hedwig and the Angry Inch is the best outing to date for the company. It would have been easy to play the laughs and absurdity of Hedwig without finding the heart in the musical, but Red Fish Theatre took a chance and challenged themselves to find the poignancy of the show’s message. And that risk has paid off big time. Hedwig and the Angry Inch is loud, funny and important in all the right ways. It’s a production not to be missed!

Hedwig and the Angry Inch runs Friday, Oct. 27 through Monday, Oct. 30, 2017 at the Antigravity Theater. For tickets, visit redfishtheatreantigravity.ticketleap.com/hedwig.

New hotel announced for Disneyland Resort, set to open in 2021

Updated version of ‘Finding Nemo – The...