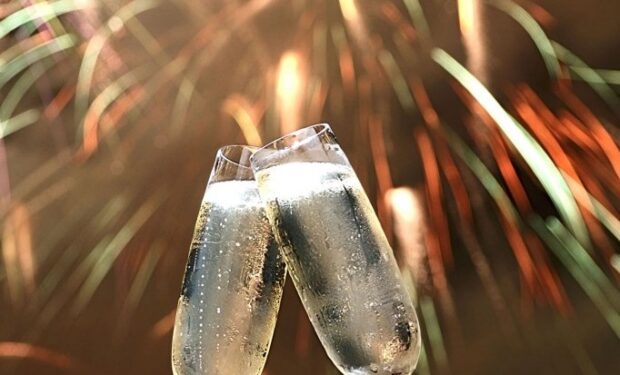 New Year’s Eve is coming very soon, and many theme parks and attractions are celebrating the coming of 2014 in their own way. Below you can find an assortment of them and decide how you want to celebrate. Keep in mind that most of the theme park events are included with admission but the others may be an extra cost.

The park will feature not one, but two nights of fireworks to commemorate the coming New Year. On both Dec. 30 and 31, Holiday Wishes: Celebrate the Spirit of the Season will occur at 9 p.m. with a special presentation of Fantasy in the Sky Fireworks lighting the night at 11:50 p.m. On Dec. 31, Tomorrowland Terrace will feature a special ticket New Year’s Eve fireworks dinner and dessert party (extra cost).

At World Showcase, Biergarten Restaurant in the Germany Pavilion is offering both lunch and dinner celebrations; La Hacienda de San Angel in the Mexico Pavilion is hosting a special dinner; Le Cellier Steakhouse in the Canada Pavilion has three holiday seatings, and Monsieur Paul in the France Pavilion starts celebrating at noon with seatings throughout the day and evening. A buffet dining experience will take place at World ShowPlace, with reservations available from 4:30 to 10:30 p.m. World Showcase will also host a party with a variety of DJs located at select pavilions. There also will be two showings of IllumiNations: Reflections of Earth with a holiday finale at 6:30 p.m. and New Year’s countdown at 11:40 p.m.

Guests can rock in the New Year with Mulch, Sweat and Shears, the resident landscaping rock and roll band. The Mulch, Sweat and Shears New Year’s Eve Spectacular will feature sets of classic rock and roll, special effects, a DJ spinning dance tracks and a fireworks display. The party starts a 6 p.m. on Dec. 31 and will feature a countdown to a midnight celebration to kick off the New Year.

With a variety of performers ranging from a DJ at the Cirque du Soleil stage to Keith Park’s Living Statues, there will be no shortage of sights and sounds adding to the festive atmosphere. Special New Year’s Eve celebrations will also take place at House of Blues, Bongo’s Cuban Café, Paradiso 37 and Raglan Road. In addition, DisneyQuest is hosting a special ticket New Year’s Eve event. The evening will be filled with food, games, music and dancing and includes access to all DisneyQuest attractions and video games. There also will be special experiences such as meet-and-greets with Disney characters and a New Year’s Eve countdown, complete with a confetti drop to kick off the New Year.

Ring in the New Year at midnight on Dec. 31 with a special New Year’s Eve Cinematic Spectacular show featuring some of the hottest music from 2013. In addition there will be a family fun dance party beginning at 9 p.m. at the Music Plaza Stage with live music from local band Switch.

Guests can experience non-stop entertainment at Eve, Universal CityWalk’s new New Year’s celebration. Eve will feature unique party zones, each featuring their own entertainment and signature drinks, access to six different clubs with live music and unlimited gourmet cuisine. Partygoers can celebrate all night on Orlando’s biggest dance floor – built just for this event – in front of the CityWalk Plaza Stage. When midnight strikes, guests will kiss 2013 goodbye with a champagne toast, a pyrotechnics display and special effects. For more information, and to purchase tickets, visit www.citywalk.com/Eve.

Enjoy added fun on New Year’s Eve as SeaWorld stays open until 1 a.m. and features additional entertainment. From a DJ spinning Latin-style tunes at The Waterfront, to top 40 hits playing at Wild Arctic and local pop/rock artists Project DJ Slam performing at The Christmas Market, there’s plenty of music in the air. And the night wouldn’t be complete without fireworks lighting up the night sky. Kick off the New Year with a bang while watching an extended fireworks extravaganza during Holiday Reflections: Fireworks & Fountains Finale immediately following the last Winter Wonderland on Ice show.

Legoland Florida gets the New Year’s party started early with a Countdown to Kids’ New Year’s Eve that features nightly fireworks over Lake Eloise Dec. 26 to 30. Watch a fireworks display with special viewing glasses that turn ordinary fireworks into millions of exploding Lego bricks. The whole family can enjoy a family-friendly party with Kids’ New Year’s Eve on Dec. 31. Kids get to rock out in Miniland USA with a live DJ Dance Party that’s sure to get the whole family moving. This grand finale features a live-action show, a Lego fireworks display, and a chance to watch the Brick Drop at just the right time for kids, midnight KST (Kid Standard Time) – otherwise known as 7 p.m.

At night, Kings becomes a 21+ event with a choice of packages. Kings also has a family friendly environment during the day to ring in the New Year for friends and families. They’ll have the ball drop on the screens throughout the day and tons of NYE Party Favors for everyone, not to mention a champagne toast (sparkling cider for the kids). Head to KingsOrlandoRSVP.com to purchase packages.

On New Year’s Eve, Drip is offering a special package that includes a full Drip performance with live music and dancers performing in paint, water, colored sand and more, a white Drip T-shirt for you to wear and take home as a splattered souvenir, custom t-shirt cutting, complimentary paint station, champagne toast at midnight, plus a balloon drop full of cash, prizes and more. As with all Drip events, people are strongly urged to dress down (jeans/flip flops or bring some fun tights and have your Drip t-shirt turned into a cute white New Years dress) as colored sand, paint and other media fly with abandon. Tickets can be purchased at ILoveDrip.com

The Roaring Twenties will reemerge on International Drive at Taverna Opa Orlando, as the Greek restaurant hosts its annual New Year’s Eve celebration. Beginning at 9 p.m., flappers and gents are invited to sip, dine and revel in music and live entertainment featuring aerial artists, a 1920s-style tap dancer and a Gatsby contortionist. Before the clock strikes midnight, each guest will receive a glass of champagne for a New Year’s toast. Prepaid reservations can be made via e-mail at [email protected] or phone at 407-351-8660. Due to limited seating, reservations are required.