Rogue One: A Star Wars Story is set to hit theaters this month, and Disney is celebrating the film with new displays inside the Star Wars Launch Bay attractions at Disney’s Hollywood Studios.

Guests who find their way into the Launch Bay can now see costumes and props from Rogue One on display in the final room before the gift shop. We’ve also heard reports that the film inside the Launch Bay Theater has been updated with more focus on Rogue One.

Star Wars Launch Bay is open everyday at Disney’s Hollywood Studios. Take a look at some photos of the Rogue One displays below. 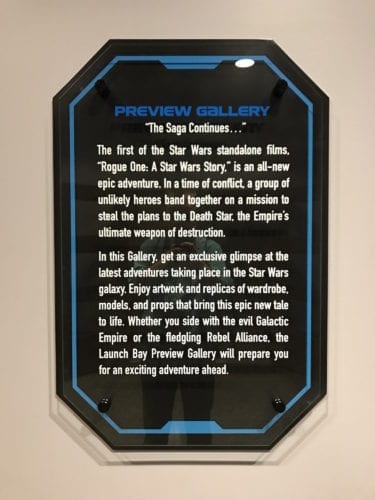 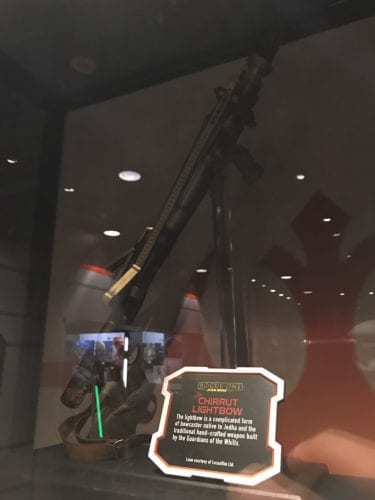 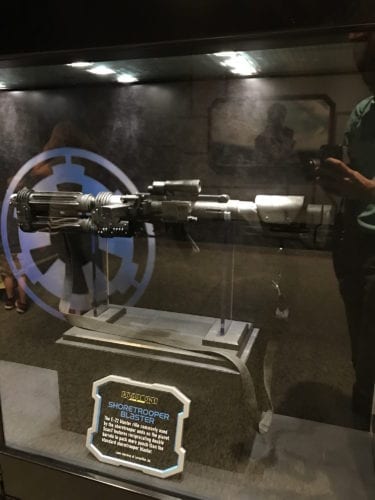 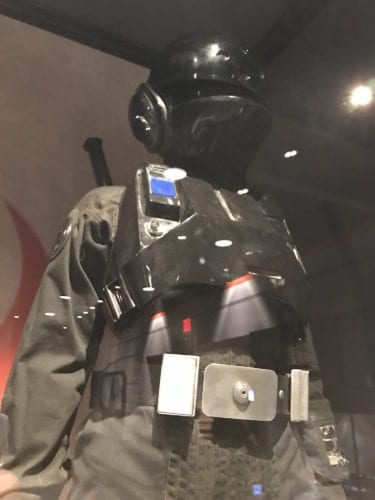 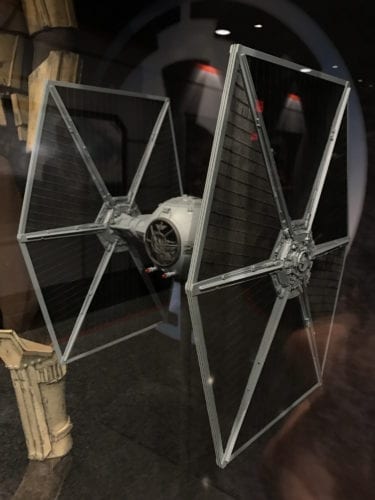 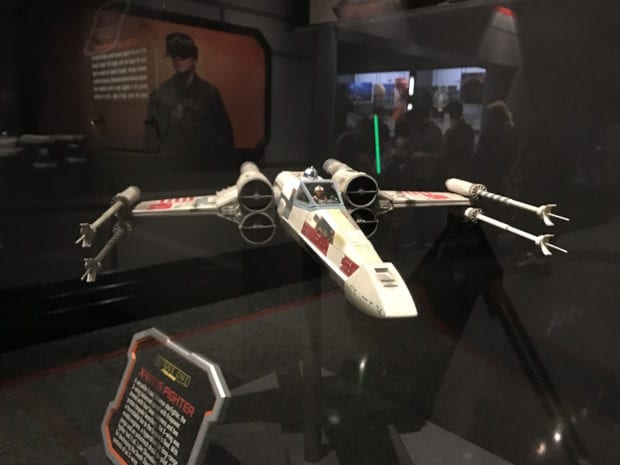 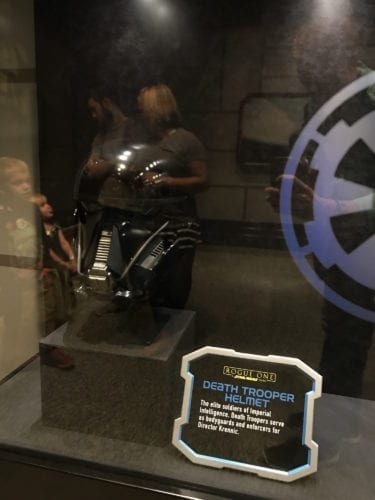 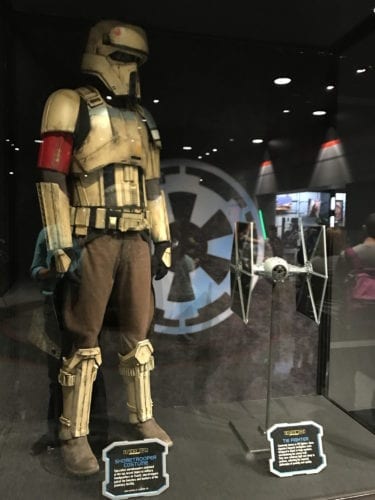 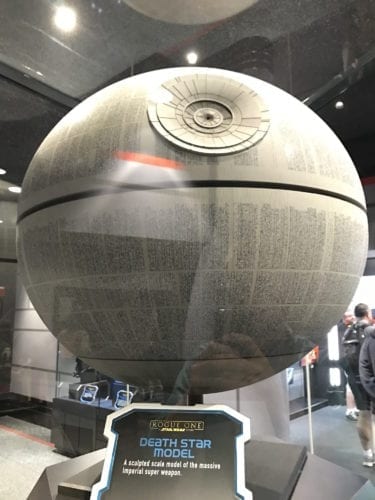