Roy Orbison recently completed a European concert tour despite having died in 1988, thanks to his virtual resurrection by Base Hologram, who is now taking the legendary singer to venues across North America starting in October 2018. 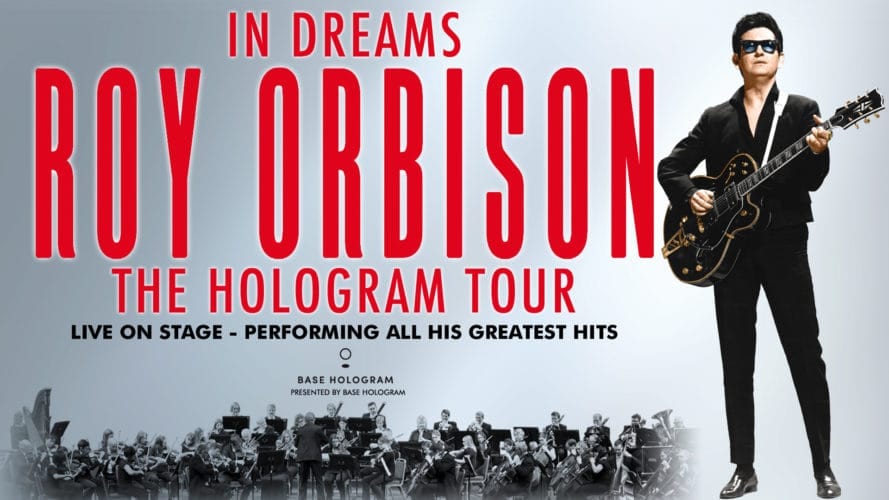 A hologram of legendary singer Roy Orbison is going on tour across North America this fall.

Base Hologram recently announced the first dates for the North America leg of its debut event, “In Dreams: Roy Orbison in Concert – The Hologram Tour.” The production, which will launch in the beginning of October, is directed by Eric Schaeffer (Broadway’s Million Dollar Quartet) and presented to recreate the legendary Rock and Roll Hall of Fame icon through cutting edge holographic laser imaging as he performs newly recorded, never-before-heard, digitally remastered arrangements of his classics, backed by a live orchestra.

Orbison’s catalogue includes such chart-toppers as Oh, Pretty Woman, You Got It, Only The Lonely, Crying, I Drove All Night, It’s Over and In Dreams. Known for his distinctive, impassioned voice, complex compositions, and dark emotional ballads, many critics describe Orbison’s music as operatic, naming him “The Caruso of Rock.” Between 1960 and 1964, 22 of his songs placed on the Billboard Top 40, which paved the way for his successful career, marked by entry into the Rock and Roll Hall of Fame and making him one of the top 100 artists of all time. 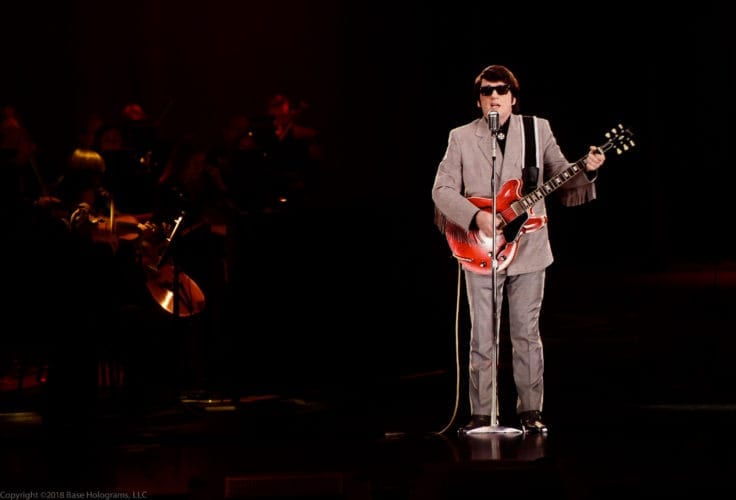 Base Hologram shows, which are authorized by the original artist’s estate, are created utilizing a body double who works closely with the director in a lengthy rehearsal process to choreograph the performances. The vocals from original recordings are stripped out and separated from both orchestra and other singers, and that audio is married with digital and laser CGI imaging to bring the performer back to the stage.

“Our goal for this type of show is not just to play in major metropolitan cities, but to bring this experience to a variety of markets, regardless of size,” said Brian Becker, Founder & CEO, BASE Entertainment and BASE Hologram. “Roy loved playing smaller more intimate venues because he loved having that type of connection with fans. We also want to give fans across the globe the unique opportunity to once again experience the legend who continues to be a pivotal force in Rock ‘n’ Roll music and ensure that people in every city, in every type of venue, have a chance to witness what we truly believe is the future of live entertainment.” 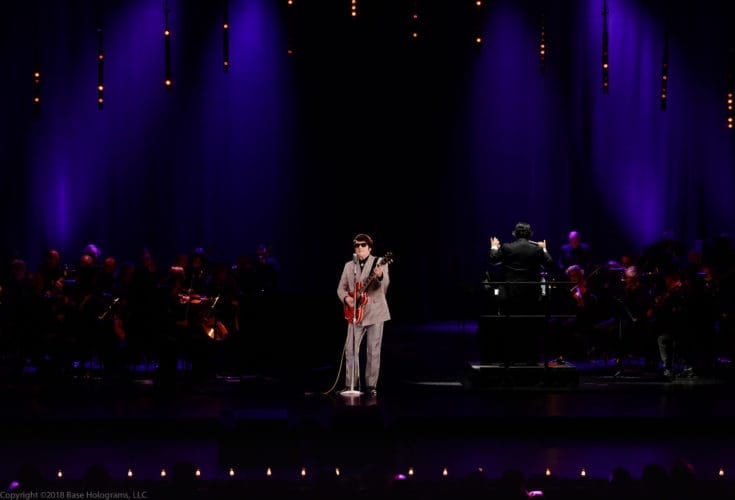 In addition to the initial dates listed below, Base Hologram also announced the first of its kind hologram residency show at the Andy Williams Moon River Theatre in Branson, Missouri. The 30 minute showcase of the hologram concert will begin playing in the Spring and similar to the touring show will feature Orbison’s most beloved hit songs, accompanied by live musicians. Previews for the show will take place in the fourth quarter of 2018.

“We’re very honoured to be the first to host this one-of-a-kind residency at our theatre,” said theatre manager and owner Jimmy Osmond. “It’s the perfect venue for fans to relive the magic and heart of Roy’s music, and the audience will leave having rekindled their love for his artistry all over again.”

“Roy’s musicianship along with his original and unique sound, raw intensity and honesty made him a force in the music scene and he continues to influence today’s younger generation,” said the show’s director Eric Schaeffer. “Combining the artistry of Roy with the ground-breaking realism of the hologram technology and the live elements of a full orchestra creates a whole new experience to share with all fans around the world.”

Roy Orbison - I Drove All Night - BASE Hologram Tour

Full details revealed for ‘A Celebration of...