T2 3-D: Battle Across Time opened in April 1996 and closed this past October. For guests and park employees familiar with the attraction, it was inevitable. Will a Jason Bourne show replace it? 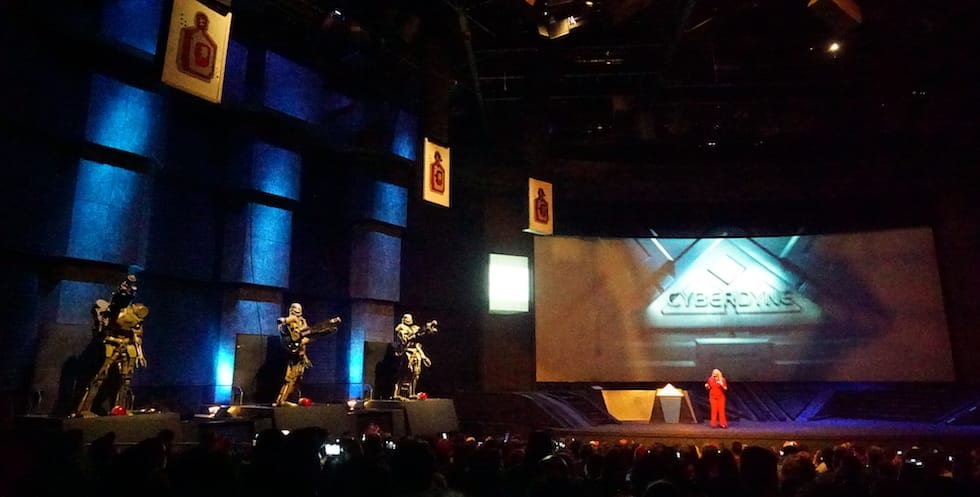 The history of Terminator 2 3-D is fascinating. Production of the show involved James Cameron and Stan Winston, as well as the original actors from “Terminator 2: Judgement Day”, shooting a 12-minute film that cost $24 million! T2 3-D’s final days were rough, although that’s not unusual for older theme park attractions in need of refurbishment.

Previous rumors pointed to AMC’s “The Walking Dead” as a potential replacement for T2 3-D, but things have changed. An action show based on the Jason Bourne film series is rumored to replace T2 3-D. It would seem more Bourne movies are intended to happen, although the specifics are unknown at this time. At the very least, there is plenty of material for Universal Creative to draw from to take guests through fighting sequences, car chases and the like.

Whether or not Matt Damon will play Jason Bourne in the show footage and it’ll actually be shot overseas is not known, but I’m certain Universal Creative intends to do both. A potential opening window could be anywhere between this fall to summer 2019, and I suspect t it’ll be closer to the latter.

I expect more details and a proper announcement to emerge by the end of this summer, although this is assuming Universal Creative don’t hit any snags and change the concept.

Prop Store to auction props and costumes from...

The Rumor Queue: Could VelociCoaster soft-open before the...

Opinion: Imagineer Zach Riddley being built up as...

The Rumor Queue: Is Universal Orlando gearing up...

The Rumor Queue: Super Nintendo World will use...

Too much Harry Potter and Fast & Furious is rubbish.

She-Ra from Netflix’s ‘She-Ra and the Princesses...