SeaWorld plans new killer whale show for San Diego, plus rides and more at other parks

SeaWorld has announced some major changes and additions for its parks over the coming years, including new rides, a new show and new holiday characters.

During an investor presentation, President and Chief Executive Officer Joel Manby shared a plan to evolve the guest experience into learning more about the natural world, the plight of animals in the wild, along with family entertainment and attractions. The plan includes a new approach to in-park activities as well as a greater connection to the company’s television programming that highlights SeaWorld’s veterinary care and animal rescue operations.

As part of that commitment, Manby announced the company has initiated production on a new killer whale show for its San Diego park. The new experience highlight more of the species’ natural behaviors. The new show will include conservation messaging and tips guests can take home with them to make a difference for orcas in the wild. The new show is set to start in 2017. The current show, One Ocean, will run through 2016. There are no plans to end One Ocean at the other SeaWorld parks. The status of the Blue World Project for larger killer whale environments, announced last year, has been put on hold for the San Diego park, and is unknown for the other parks. 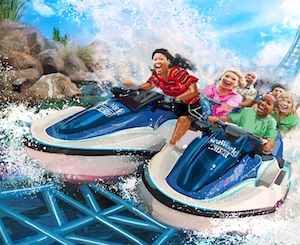 Many also provided details of new attraction concepts and seasonal events, including a SeaWorld Rescue-themed roller coaster and dark ride, and the addition of holiday shows and experiences featuring characters from the Christmas classic, “Rudolph the Red-Nosed Reindeer.” They didn’t specifically tell which parks would be getting which rides but Rudolph and friends are expected at all the parks starting with the 2016 holiday season.

As a part of a multi-year partnership with Panasonic Enterprises Solution Company, Panasonic will become an Official Technology Partner of SeaWorld Parks & Entertainment and its parks. Jim Doyle, president of Panasonic Enterprise Solutions Company said, “There are endless possibilities when it comes to adding technology to update and enhance the guest experience throughout all of the parks. Panasonic looks forward to delivering the most cutting-edge technology solutions to impress and amaze.”

The company also announced it has signed a letter of intent with Evans Hotels Group to explore development of a resort hotel on SeaWorld’s leased land in San Diego.

“Animal rescue is part of what we have always been and a key way we are different from other theme park companies. These shows are part of a larger strategy and we are looking to transform what guests experience in our parks and what the public learns about us,” Manby said. “In developing new experiences in our parks we want guests to explore, to be inspired and, ultimately, to act and we feel our parks are uniquely suited to creating meaningful and fun vacations – experiences that matter.

A replay of the webcast and the related presentation materials will be available beginning at 12 p.m. EST on Nov. 10, 2015 via the investor relations section of the company’s website at SeaWorldEntertainment.com. 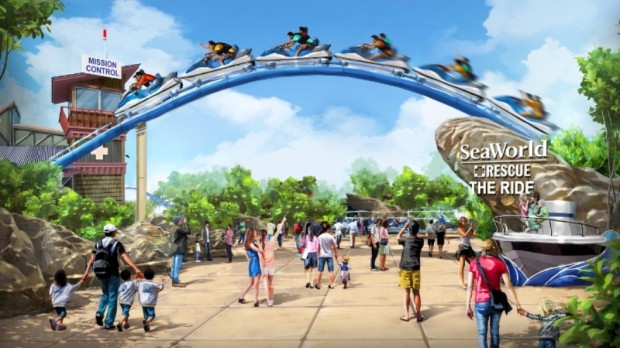