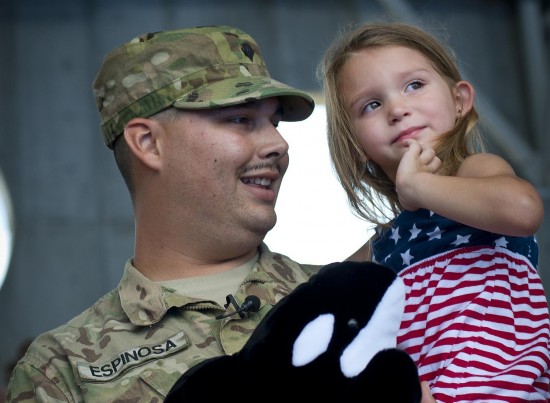 In honor of the men and women of the U.S. armed services, SeaWorld Parks and Entertainment is offering free admission for them and their families through the Waves of Honor military salute program.

The program provides free admission to the SeaWorld parks for members of U.S. armed forces and as many as three direct dependents through 2013. Waves of Honor follows Here’s to the Heroes. Created in 2001, the program has awarded more than 6.7 million theme park tickets to service members and their families.

“It has always been our honor to host members of the military and their families at our parks each year,” said Jim Atchison, president and CEO of SeaWorld Parks & Entertainment. “Waves of Honor is our way to say ‘thank you’ to these dedicated service men and women who sacrifice so much to preserve the freedom we share in this country.”

Waves of Honor provides one complimentary admission per year to one of the SeaWorld or Busch Gardens parks, Sesame Place, Adventure Island, Water Country USA or Aquatica San Diego (weekdays only) for the service member and as many as three of his or her direct dependents.

Any active duty military, activated or drilling reservists, or National Guardsman representing any of the five service branches is entitled to one complimentary admission to one of the participating parks under the program. Register online at www.wavesofhonor.com or in the entrance plaza of a participating park, and show a valid active military identification. All dependents 10 and older must present a valid military dependent identification for entry into the park. Dependents may take advantage of the offer without their service member, though an adult must accompany minor dependents.

Inactive, standby and retired reserve members, military retirees, U.S. Merchant Marine and civilian Department of Defense workers are ineligible for the program. The program does not include Discovery Cove in Orlando or Aquatica Orlando.

Movie Review: ‘Monsters University’ doesn’t live up to the original, but still a must see for fans