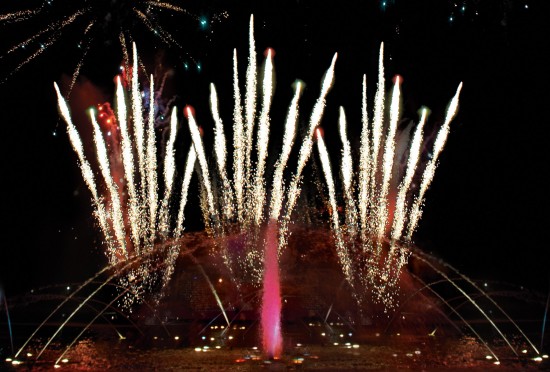 Celebrate the Fourth of July at SeaWorld Orlando with a special extravaganza and even more Summer Nights fun next Thursday, July 4.

What better way to celebrate the holiday than with traditional American fare? From July 3-6, a variety of all-American food will be served along Bayside Pathway, including bacon cheeseburgers, foot-long hot dogs, BBQ pulled pork sandwiches and kid meals.

Guests can enjoy the park even later on the Fourth of July. SeaWorld will be open until 11 p.m. giving families more time to experience Antarctica: Empire of the Penguin, ride the coasters under the stars and enjoy the Summer Nights shows, Sea Lions Tonite and Shamu Rocks.

Beginning at 9:30 p.m., there will be an special performance at SeaWorld’s Bayside Stadium by SeaWorld Celebration Singers, an ensemble group of singers and a nine-piece band, who will perform a variety of popular music ranging from traditional marches and patriotic tunes to classical favorites. The Fourth of July celebration culminates with fireworks at 10 p.m.

Legoland Florida to celebrate Independence with nightly fireworks during Red, Brick and Boom