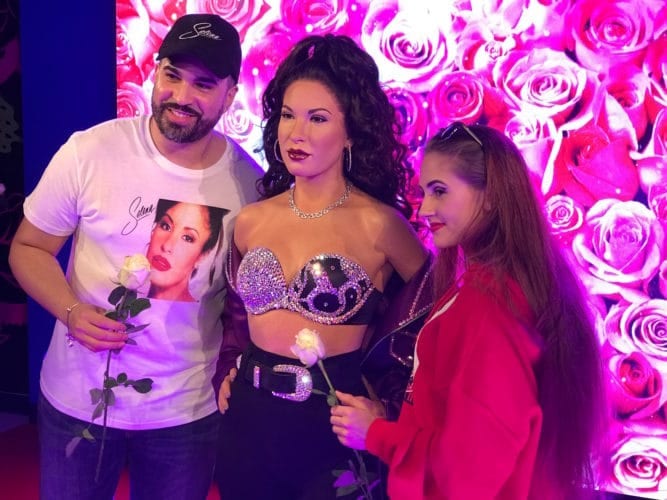 Madame Tussauds Orlando has announced that Selena Quintanilla’s wax figure is making a limited-time appearance at the I-Drive 360 attraction as part of a six-week #LoveSelenaOrlando celebration.

From Feb. 13 to April 8, fans can come face-to-face with Selena and share their love, memories and messages by leaving a letter for the singer. “Our family is excited that Selena fans in Orlando will have a chance to see this beautiful wax figure in person. We are thrilled to continue to work with Madame Tussauds to celebrate her legacy with fans from all around the world”, said Suzette Quintanilla.

Madame Tussauds worked in partnership with the Quintanilla family and The Selena Museum to replicate her pose, expressions, make-up and recognizable styling celebrating her concert performance held at the Memorial Coliseum in Corpus Christi, TX on Feb. 7, 1993.

Madame Tussauds Orlando gave Selena fans the chance to attend the official figure welcoming by sharing clips of them singing their favorite Selena song. The clips chosen will appear as part of the display. Fans who visit the attraction will also have the opportunity to leave messages for Selena which will form part of the experience and be passed on to the Quintanilla family at the end of the figure’s limited-time appearance.