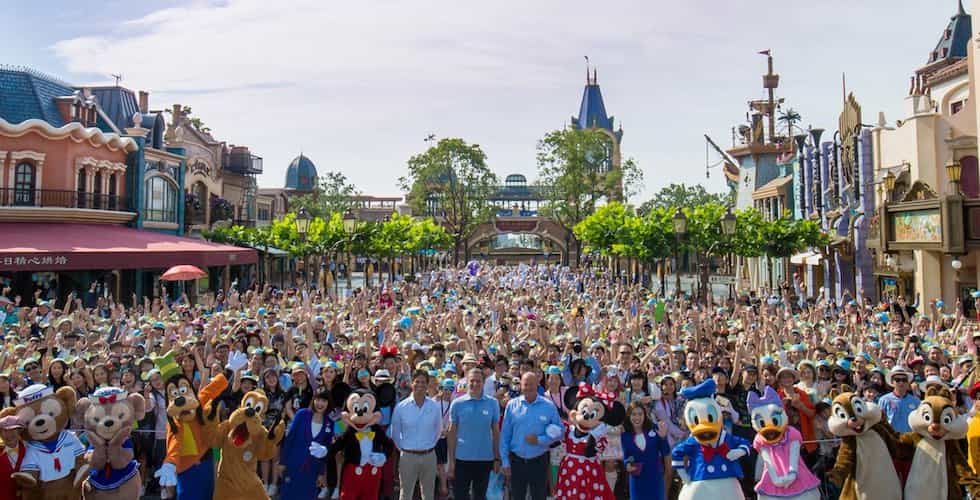 Shanghai Disney Resort celebrated its first anniversary yesterday, as they welcomed over 11 million guests since it first opened on June 16, 2016.

The occasion was marked with floating lanterns that represented good fortune for the past, present and future were released at the resort’s Enchanted Storybook Castle.

“Shanghai Disney Resort’s first anniversary is cause for great celebration for everyone involved in bringing this spectacular dream to life,” said Bob Iger, the Chairman and CEO of The Walt Disney Company. “We’re grateful to the people of China for making this unique destination a tremendous success – more than 11 million guests have already visited, and we look forward to welcoming many more in the years to come.”

Guests were delighted with a Mandarin version of “When You Wish Upon a Star,” as a special montage of photos and videos from the park’s first operational year, as well as actual videos and pictures from guests’ visits were projected onto the castle.

With the resort’s demonstrated popularity, Shanghai Disney Resort has already announced its first expansion: an immersive land themed to “Toy Story,” set to open in 2018.

Shanghai Disney Resort is one of Disney’s most ambitious projects, and has become Disney’s most technologically-advanced park in just one year of operation. There’s no telling what is is store for the park in the future, as well as Disney parks around the world, thanks to the accomplishments made by Shanghai Disneyland.

Reservations now open for Frozen Ever After Dessert Party at Epcot