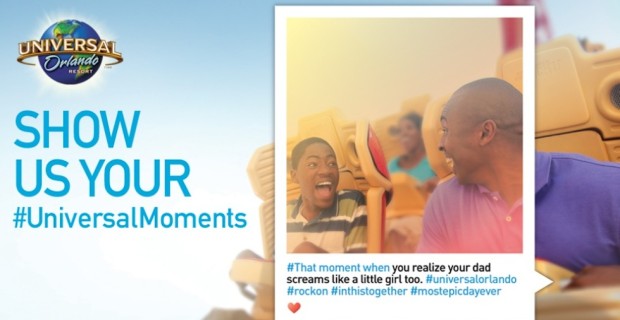 Ever wanted to be a part of a theme park commercial? Universal is giving you the chance with their new Universal Moments ad campaign.

Guests can participate by sharing their favorite moments through photos and videos on Twitter, Vine and Instagram using the hashtag #UniversalMoments.

Guests can also upload their favorite Universal Orlando photos and videos, like their first time conquering The Incredible Hulk Coaster or dancing with the minions, directly to moments.universalorlando.com or browse the site to see favorite moments of other fans.

Those selected to be in the future ad campaign will be contacted at a later date by Universal Orlando Resort.

The Walking Dead Escape to spread the zombie outbreak to Tampa