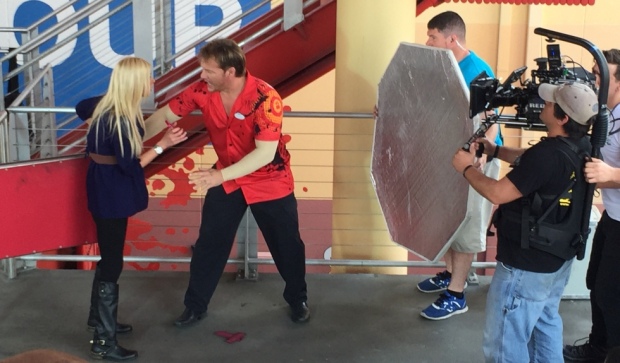 The Sharknado movies have been a cult phenomenon for the SyFy channel since the first one debuted in 2013, so when it came time to make a third one, Universal Orlando became both a filming location and a setting in the film itself.

On Feb. 24, 2015, we were invited to Universal Studios to watch the filming of a scene from the sequel on the Hollywood Rip, Ride, Rockit roller coaster platform. The film cast members that were part of this scene included Tara Reid, Chris Jericho, Ryan Newman and Jack Griffo. 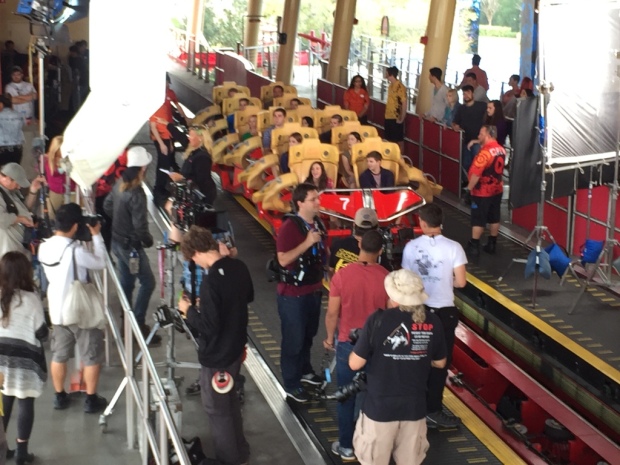 An overview of the Rockit loading platform with the crew filming “guests” boarding the coaster. Ryan Newman and Jack Griffo are sitting in the front row. 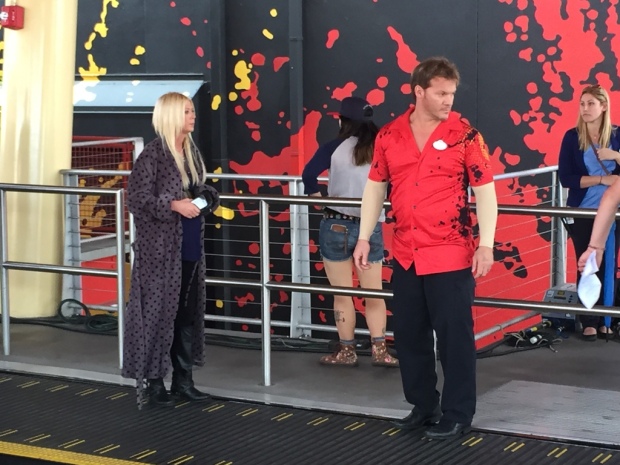 Tara Reid and Chris Jericho begin rehearsing a scene by the entrance to the Rockit lift tower. 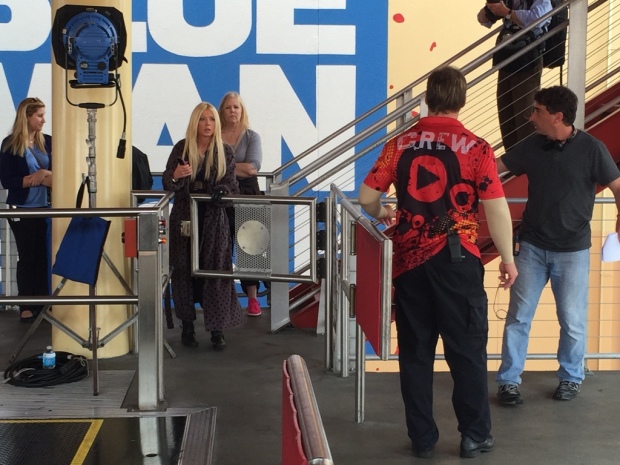 Director Anthony C. Ferrante (right) going over blocking for a scene with Reid and Jericho. 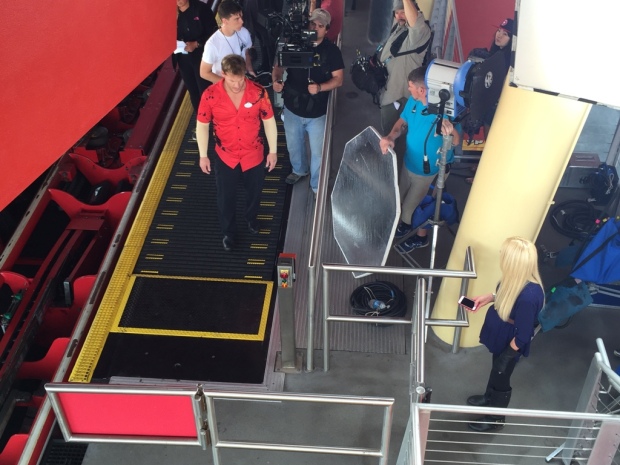 Getting ready to start a take for the scene. 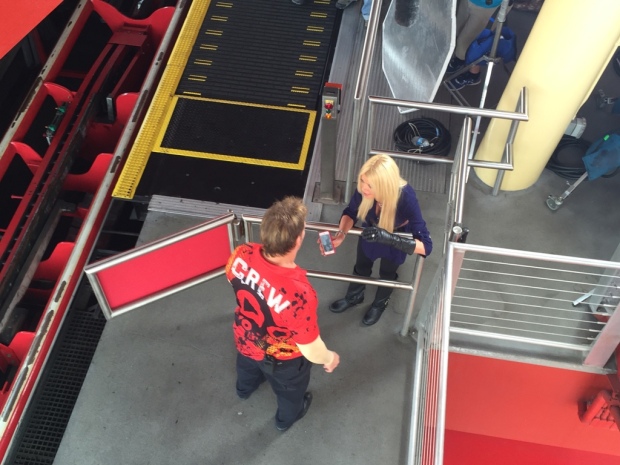 During this scene, April (Tara Reid) is trying to find her 18 year old daughter (Ryan Newman) and asks Bruce (Chris Jericho) for help. 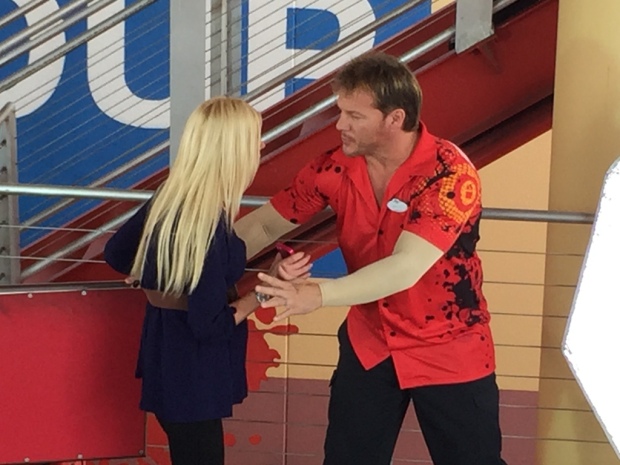 Bruce is rushing to get to the lift tower to help some stranded guests during the sharknado. April insists she go with him to help get her daughter. They then take off toward the tower. 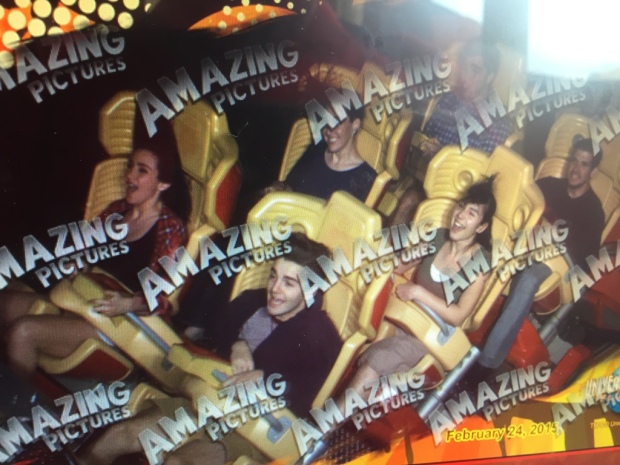 At one point during the filming, the actors were sent out on Rockit for a couple of rides. Here you can see the on-ride photo with Newman and Griffo in the front row. 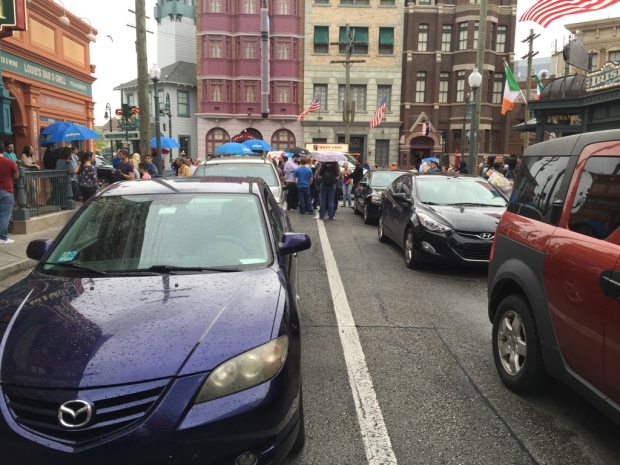 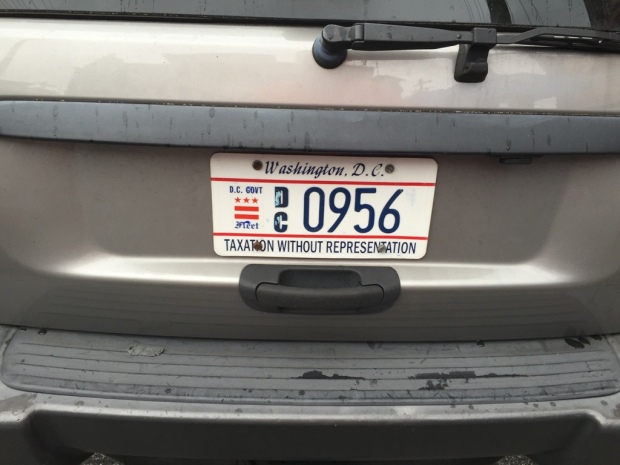 Afterwards filming moved to one of the New York sections of the park, which would be standing in for a street in Washington D.C. 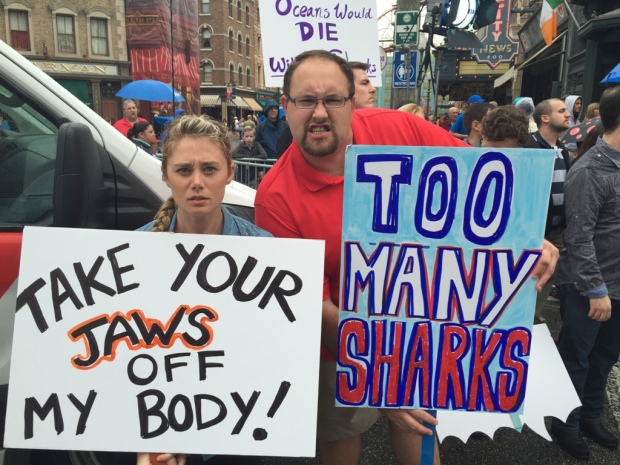 Orlando Attractions Magazine: The Show host Banks Lee got to step in and become an extra during this scene featuring a protest in the streets of Washington D.C. 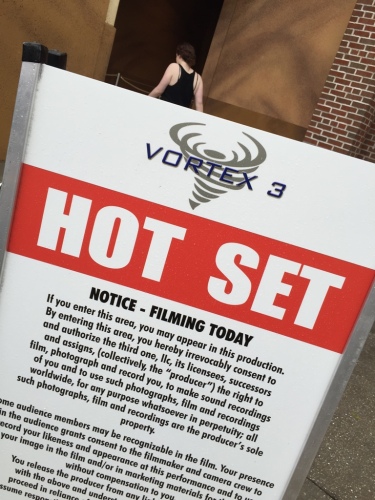 The code name for the Sharknado 3 production was Vortex 3, as these hot set signs displayed around shooting locations show. 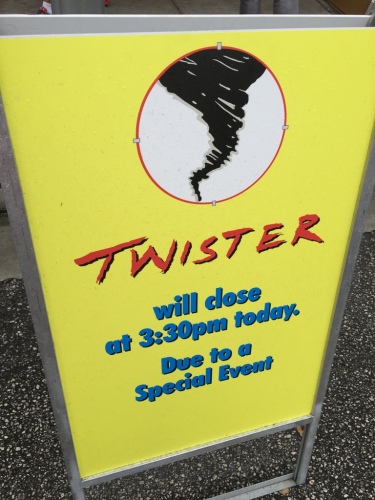 After the D.C. scene, production moved inside Twister. We can’t give any details of what happens, but be sure to look for Banks Lee inside here as well.

Sharknado 3 is set to premiere on SyFy sometime this July. Get a look at the filming of the Rip, Ride, Rockit scene in our video below:

Hear Sharknado 3 director Anthony C. Ferrante talk about what it was like to film inside Universal Orlando:

Ian Ziering, Tara Reid, Cassie Scerbo, Jack Griffo and Ryan Newman discuss what they filmed at Universal and if they were able to get some rides in: