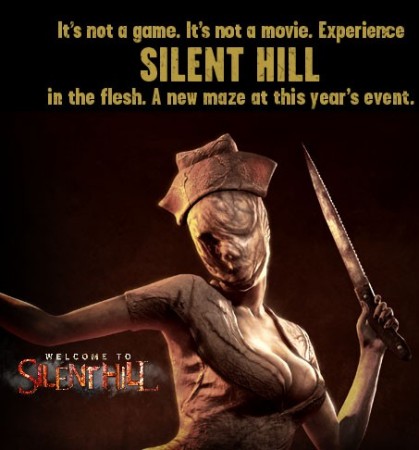 After weeks of rumors, Universal Studios has officially announced that a haunted house based off of Silent Hill, the hit video game and movie series, will debut at this year’s Halloween Horror Nights events on both coasts.

For the first time ever, Halloween Horror nights will feature a house based off of a video game franchise. According to the announcement, Konami is working closely with the parks to create the house.  Guests at both parks will encounter horrifying creatures from an alternate dimension, inspired by the highly-acclaimed video game and upcoming film, Silent Hill: Revelation 3D.

Check out the trailer for the house which was revealed today at Comic Con:

The process to prepare a space shuttle orbiter for display

This years event at Halloween Horror Nights 22 will be the best of all time! Don’t miss out, you will regret it!