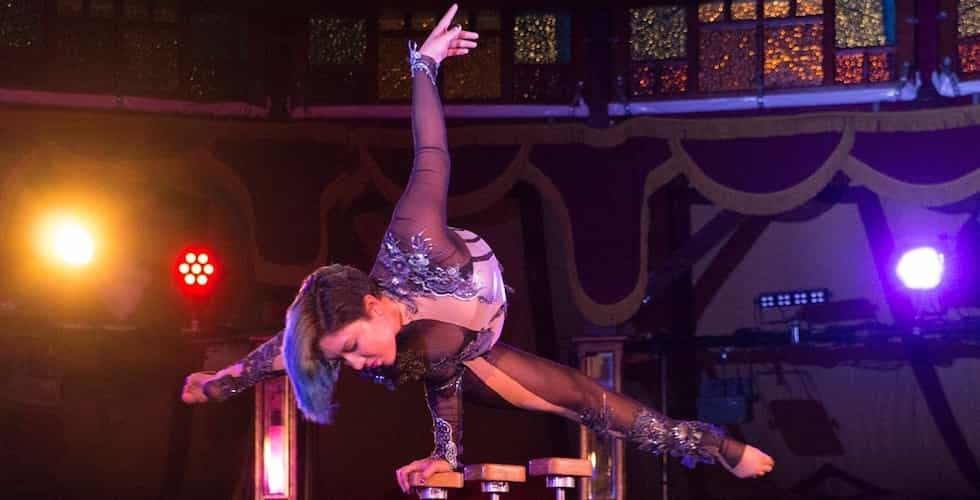 The Festival of Wonder opens on April 11 at Silver Dollar City, and will bring larger-than-life performances and acts of curiosity to the 1880s theme park.

Designed as “A most amazing entertainment experience,” this festival features performances that range from a harp that spans the entire length of a theater to athletes performing flips and stunts on pogo sticks.

The festival will bring new acts including CirqUnique, with a contortionist from Asia; the DiabloDiva juggler, whose circus performing family has been delighting audiences throughout Europe for seven generations; a slack wire artist from Russia performing unbelievable acrobatic stunts on a loose high wire; a fire juggler with multiple Guinness world records; and an extreme pole-balancing duo with an act that includes a bicyclist riding upside-down.

Other new acts include the X-Pogo Stuntmen, the U.S.-based Pogo performance team that holds 13 Guinness world records for their pogo stunts and jumps; mandolin virtuoso Radim Zenkl, a former U.S. National Mandolin Champion and originally from the Czech Republic, whose performances include instruments like a 6-foot-long Slovakian flute and an Australian didgeridoo; and world-renowned illusionists Canadian Vitaly Beckman.

Returning favorites to the Festival of Wonder include the Earth Harp Collective and the world’s largest playable stringed instrument, with 75-foot strings that stretch the length of the theater, plus a new 9-foot orb covered in drumheads and other unique instruments by William Close; and Speed Painting by Paint Jam, that will feature top speed performance art.

The festival will also include unique culinary offerings in Foods of Wonder that will complete the entire experience.

Avengers Campus to open June 4 at...