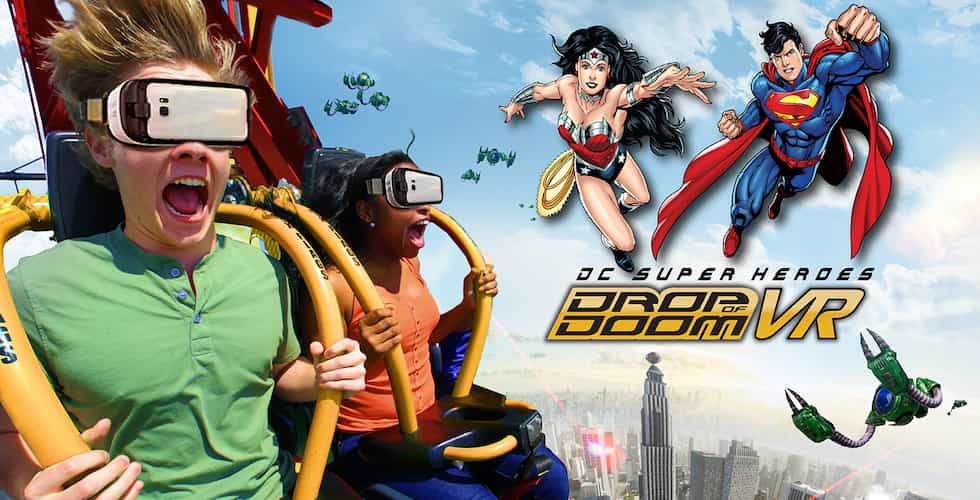 Guests can now take on Lex Luthor with Superman and Wonder Woman in VR at Six Flags Magic Mountain.

For a limited time, guests can experience this new virtual reality ride experience at the park. Riders will put on special VR headsets to see the action as Wonder Woman and Superman take on their nemesis, Lex Luthor, as they fall 400 feet at speeds up to 85 miles per hour.

“As the world leader in ride innovation, Six Flags is taking virtual reality to the next level by leveraging the unique thrill of one of the world’s tallest drop towers and adding an epic virtual battle of good versus evil,” said Neal Thurman, park president of Six Flags Magic Mountain. “Combining the most iconic DC Super Heroes, Wonder Woman and Superman, with state-of-the-art technology, DC Super Heroes Drop of Doom VR delivers an awe-inspiring new thrill for spring 2018.”

When guests buckle into their floorless seats and put on their VR headsets, they are immediately immersed in a 360-degree virtual world where they are invited by DC Super Villain, Lex Luthor, to test the new LexCorp levitation technology. Other highlights of the ride’s storyline include:

Guests must be at least 48 inches tall to ride DC Super Heroes Drop of Doom VR, and be at least 13 years old to experience the VR.