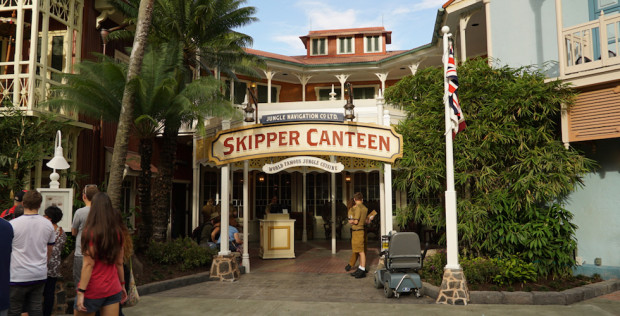 The storyline says the restaurant is run by Alberta, granddaughter of Dr. Albert Falls, who established the Jungle Navigation Company in 1911. There are three different dining areas: the crew’s mess hall, the old family room and grandpa’s old secret meeting room.
Here’s a video look around and a few photos:

Inside the Jungle Skipper Canteen restaurant at Disney's Magic Kingdom 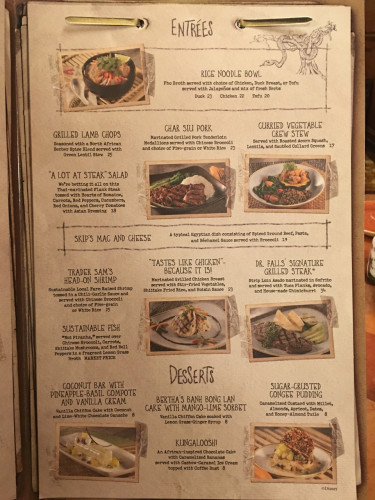 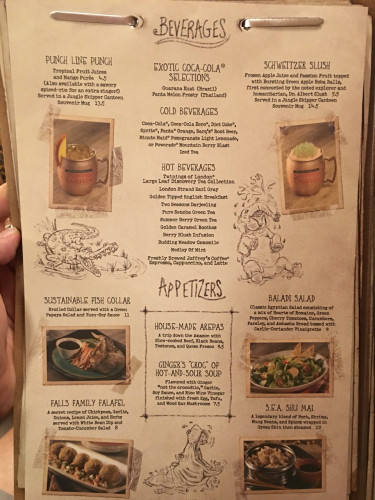 As you can see (click for larger versions), the menu features variety of items inspired by foods in Asia, South America and Africa. Notice the unusual Coke products (as featured in Club Cool at Epcot) and the tribute to the old Adventurers Club with the Kungaloosh! dessert. 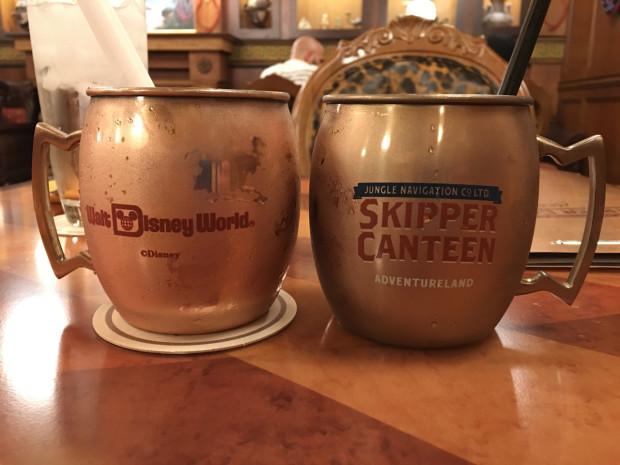 A couple of the drinks are available in a souvenir mug. 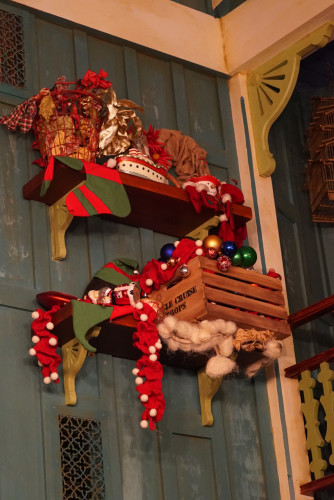 This shelf is full of Christmas decorations. We’re not sure if these are there just for the holiday season. 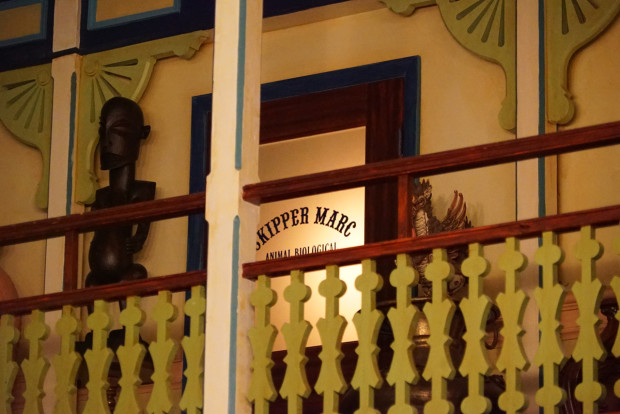 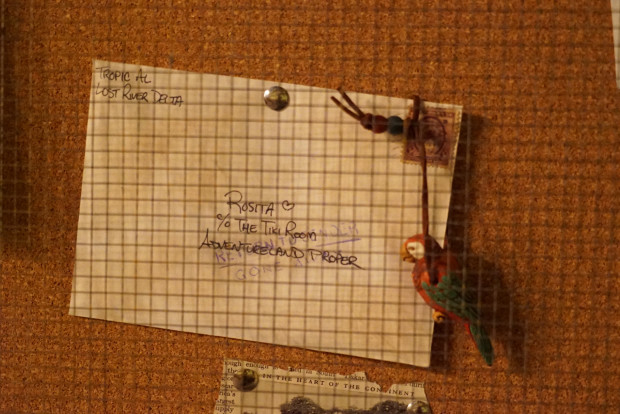 A bulletin board near the entrance to the mess hall has some fun things on it, such as this letter to Rosita, one of the birds in the Tiki Room attraction.

The Skipper Canteen is open for lunch and dinner. They are not accepting reservations yet, but they should be soon. They are on the Disney Dining Plan and offer discounts for Tables in Wonderland members.

Rainforest, Earl and movie theater among those...