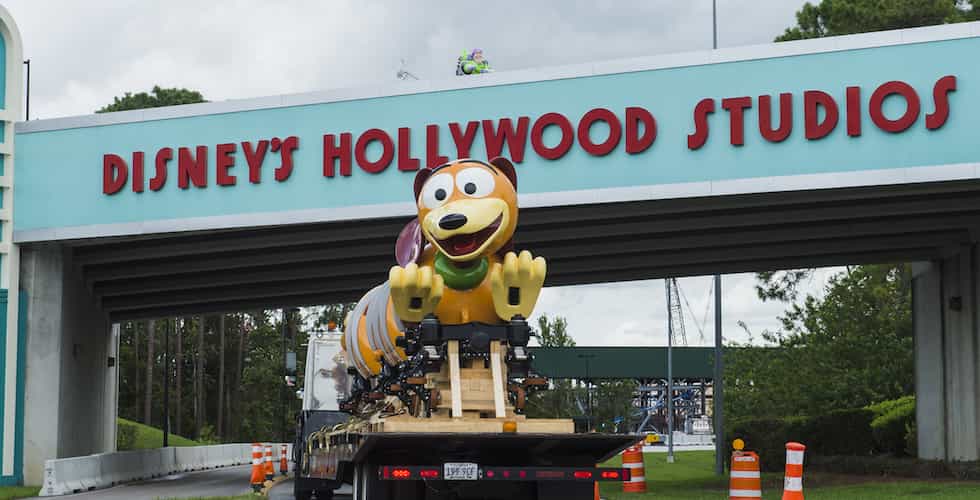 Slinky Dog Dash will be part of the new attractions and experiences offered in the all-new 11 acre Toy Story Land, which will open next summer as part of the multi-year expansions in Disney’s Hollywood Studios.

Inspired by the character Slinky from the “Toy Story” films, Slinky Dog Dash will take families as they dash through the twists and turns that Andy has created in his makeshift roller coaster.

Another attraction set to join Slinky Dog Dash in the new themed land is Alien Swirling Saucers. This attraction is themed to a Pizza Planet toy play set with aliens circling around in their flying saucers with rocket ships full of guests.

The new land will also include a brand-new entrance for Toy Story Mania, the staple family attraction currently open at Hollywood Studios.

Toy Story Land is set to open in summer 2018. Stay tuned to our website, Twitter and Facebook for more updates on the land as it reaches completion.

Check out our video on Slinky Dog’s arrival to the park below: