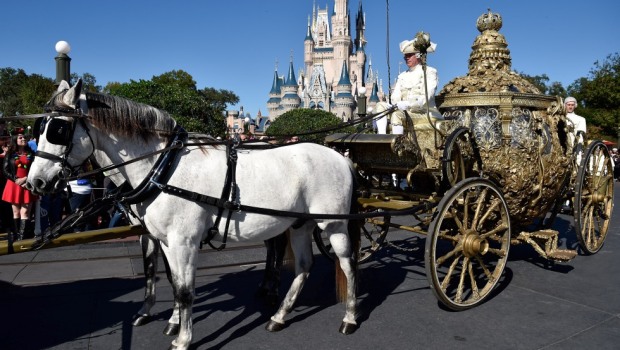 Disney’s live-action version of “Cinderella” won’t be in theaters until March, but starting this weekend you can catch a preview of the film at Disney’s Hollywood Studios.

From Jan. 17 to March 21, guests can watch an exclusive preview of “Cinderella” daily inside the ABC Sound Studio at the park. Additionally, from Feb. 1 to April 11, the actual golden coach from the film will be on display on the Streets of America for guests to see up close and get a photo with.

Below you can see our video of the golden coach when it appeared in a special pre-parade at the Magic Kingdom during the holidays:

Victoria & Albert’s restaurant has reopened at...

Movie Review: Return to Greece on a...