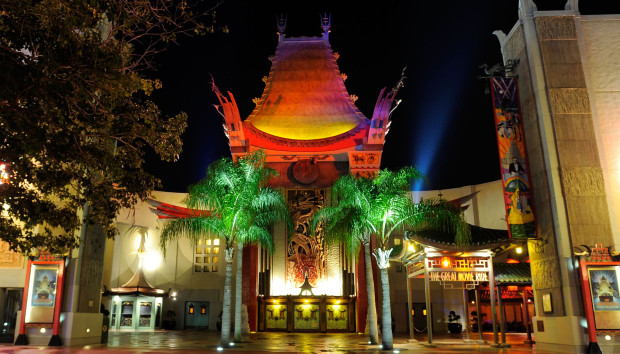 The Walt Disney World park that celebrates the silver screen is getting ready to celebrate its silver anniversary as Disney’s Hollywood Studios turns 25 this Thursday, May 1, 2014.

The park was known as Disney-MGM Studios from 1989 until 2008 when it was re-branded Disney’s Hollywood Studios. There are currently only two attractions left that opened with the park in 1989: The Great Movie Ride and Studio Backlot Tour. 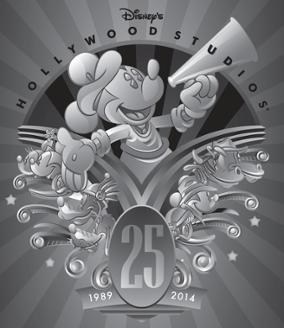 Guests will have the opportunity to experience some special events throughout the day on May 1:

• At 10 a.m., Mickey and Minnie will join the park’s Vice President Dan Cockerell for a special rededication ceremony, which will also honor some of the cast members that have been working at the park since opening day.

• “Stars of the Studios”, a special motorcade, will roll through the streets beginning at 7 p.m. It will feature many Disney characters that can be found in the park. Mickey and Minnie will be joined by Captain Jack Sparrow, Darth Vader, Doc McStuffins, Wreck-It Ralph, Venellope, Sofia the First and more.

• After the motorcade, the Sorcerer Hat Stage will host a dance party, followed by a special fireworks show at 9:30 p.m. The fireworks will pay tribute to 25 years of show business stories that have been told throughout the park.

There will also be special 25th anniversary merchandise available throughout the park, as well as a 25th Anniversary Chocolate Nutella Cupcake. The special events and entertainment are free for guests to enjoy with valid park admission.

The fan website WDWCelebrations will also be holding a special event called Studio 25 from May 1 to 4. These events will take you around Walt Disney World to enjoy the parks with fellow fans. They will also offer their own signature events to complement Disney’s official events during the 25th anniversary of Disney’s Hollywood Studios. For more information, check out their website at WDWCelebrations.com.

I was hoping they would be announcing the tearing down of the hat.