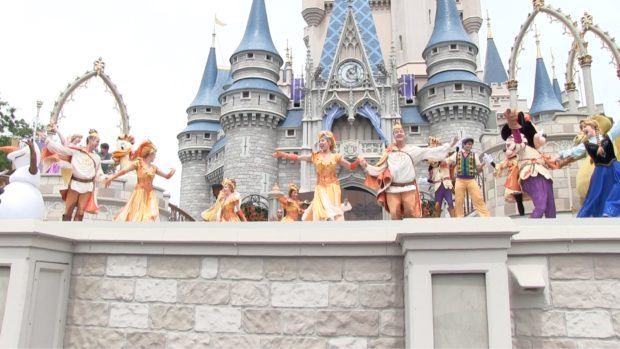 Even though it just debuted a few months month’s ago, Mickey’s Royal Friendship Faire at the Magic Kingdom has added a new seasonal finale to the show celebrating fall.

Beginning today, guests viewing this daily show will now see an autumn finale featuring new costumes, choreography, and an original song composed by the same songwriters who wrote the show’s main theme, “On This Day.”

Here’s a look at the new fall ending to Mickey’s Royal Friendship Faire:

Other seasonal offerings are also happening now at Magic Kingdom, including special décor, a fall version of the Main Street Trolley Show, and, on select nights, the separately ticketed Mickey’s Not So Scary Halloween Party.

See the full Royal Friendship Faire, including the original finale, in the video below:

Be sure to get a copy of the Fall 2016 issue of “Attractions Magazine” for a full story on Mickey’s Royal Friendship Faire.