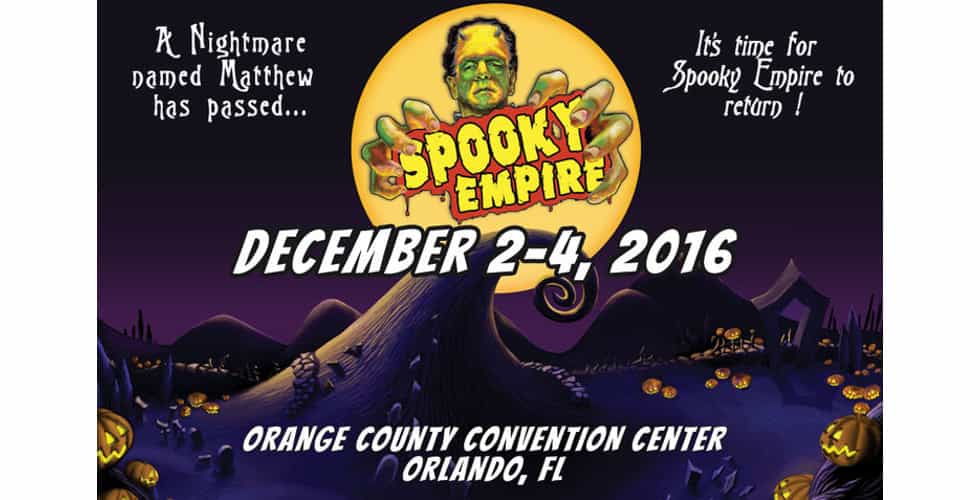 Spooky Empire has rescheduled for December after its October convention was canceled for Hurricane Matthew.

Like a zombie rising from the dead, the October 2016 Spooky Empire horror convention that was canceled due to Hurricane Matthew has been reschedule for December 2-4 at Orlando’s Orange County Convention Center. 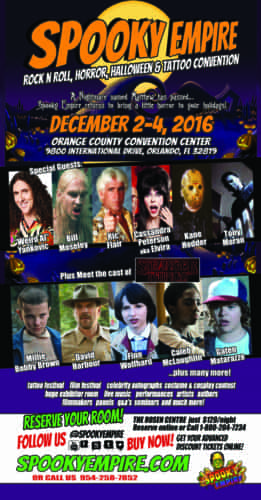 Anyone that had purchased advanced tickets for the October convention have two options. October tickets will be accepted at either the December 2-4 convention or the April convention (April 21-23, 2017). For general admission ticket holders, there is no notice necessary and tickets do not need to be re-issued, just bring your existing ticket with you to one of the two events and they will honor them. If you were a VIP package holder for the October 7-9 convention, please contact Spooky Empire to let them know which event you’ll be using your VIP package for.

The October 7-9 convention tickets were non-refundable and due to the unforeseeable cancellation of the convention, the tickets are still non-refundable. If you are unable to use your tickets for either of the two events listed above, you may transfer these tickets on the secondary market, and your ticket may be sold or given to someone who can use them.

Petey screwed many fans after saying he would refund those from out of state who could not attend a future show. He went back on his word and didn’t refund them. Also pretty stupid his not having insurance for shows cancellation which does exist.