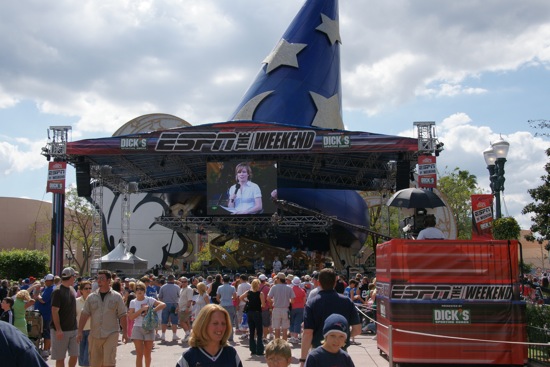 ESPN the Weekend at Disney’s Hollywood Studios (Feb. 27 to March 1) will feature a “who’s who” lineup of athletes and ESPN personalities involved in a one-of-a-kind experience for sports fans of all ages.

An interactive sports area and celebrity motorcades deliver an up close and personal experience for guests, all included with regular theme park admission. This year’s event also includes the inaugural ESPN the Weekend 5K race on Feb. 28, with special appearances by ESPN talent and sports-themed trivia throughout the Disney’s Hollywood Studios course.

Some of my favorite Disney theme park...