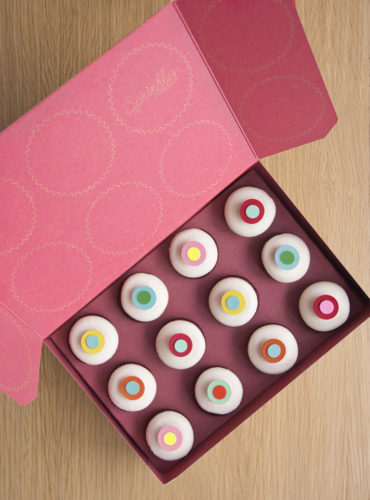 Disneyland’s Downtown Disney District gets a little sweeter this November with the debut of a Sprinkles cupcake bakery.

Following in the footsteps of Walt Disney World’s Disney Springs, Downtown Disney at the Disneyland Resort is getting its own Sprinkles cupcake bakery this November.

“We are thrilled to partner with Disney on both coasts! Launching Sprinkles in Downtown Disney was a natural fit for us when deciding where to expand our California presence,” said Candace Nelson, founder of Sprinkles and judge on Food Network’s Cupcake Wars. “With its widespread appeal to vacationers and locals, Downtown Disney is an ideal spot for everyone with a sweet tooth to converge.”

Store hours will be Sunday through Wednesday from 9 a.m. to midnight, and Thursday through Sunday from 9 a.m to 1 a.m. Unlike Sprinkles’ Disney Springs location, a “cupcake ATM” will not be available at Disneyland Resort.

Sprinkles at Downtown Disney will have approximately 60 employees; if working there sounds like a piece of cake, email [email protected] to apply, and check out this episode of Attractions The Show featuring a visit to Walt Disney World’s Sprinkles cupcake bakery:

Do not go there GO ANYWHERE ELSE

We planned my grandson birthday to Disneyland on Friday September 30th. After we paid Then the employee that the park was closing at 7:00pm. For some overpriced Mickey Halloween party. It wasn’t even October yet.
That was so unacceptable of course they charged the same overprice admission.
For a park that is 1/3 less then it was a
Few ago. I have not gone to Disneyland for some years because of their overcharged prices.
Employees hate working for the cheap, capitalistic tyrant type of corporation.

I hope Disney go bankrupt. And the members of the board are burden with
Sickness, mystery and. Bad karma.

The lies of a magical place.
It just that
LIES

Thank you for informing about it. I live close to and would love to try it.