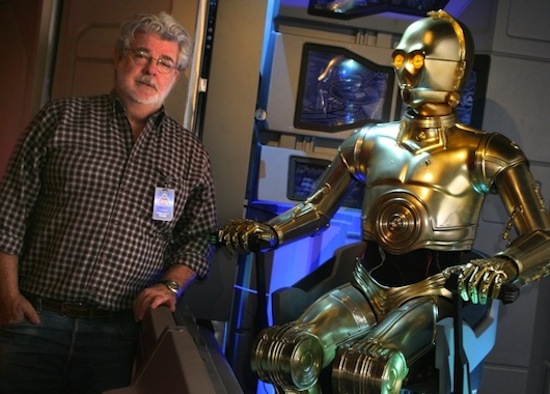 The dates for the 2011 Star Wars Weekends at Disney’s Hollywood Studios have been announced, and they’ll kick off with a big event. C-3PO himself, Anthony Daniels, will be on hand to reopen Star Tours as a brand new 3D ride.

Star Wars Weekends will be held four weekends – each Friday, Saturday and Sunday from May 20 to June 12. The full schedule for the Weekends hasn’t been announced yet, but Anthony Daniels has been confirmed to be in attendance for the first two weekends. Ashley Eckstein, the voice of Ahsoka Tano in “Star Wars: The Clone Wars”, will be in attendance every weekend as the celebrity host.

Star Tours: The Adventures Continue is set to open on May 20, the first day of Star Wars Weekends. Although Daniels and Eckstein have been confirmed to be in attendance for the opening, there’s no word yet if Star Wars creator George Lucas will be on hand. But George and producer Rick McCallum did recently stop by Star Tours at Disneyland to test ride the new attraction.

After taking the Starspeeder 1000 to several of its destinations, the pair gave the Imagineers a thumbs up. Pictured above is George posing with an Audio-Animatronic C-3PO in the Starspeeder cockpit.

When not waiting in line for another trip on the Starspeeder, expect Star Wars Weekends to be full of the usual parades, trivia challenges, memorabilia and presentations.

In case you miss the original Star Tours, here’s a video ride-through from its final flight in Orlando:

Can’t wait… this is exciting!!!