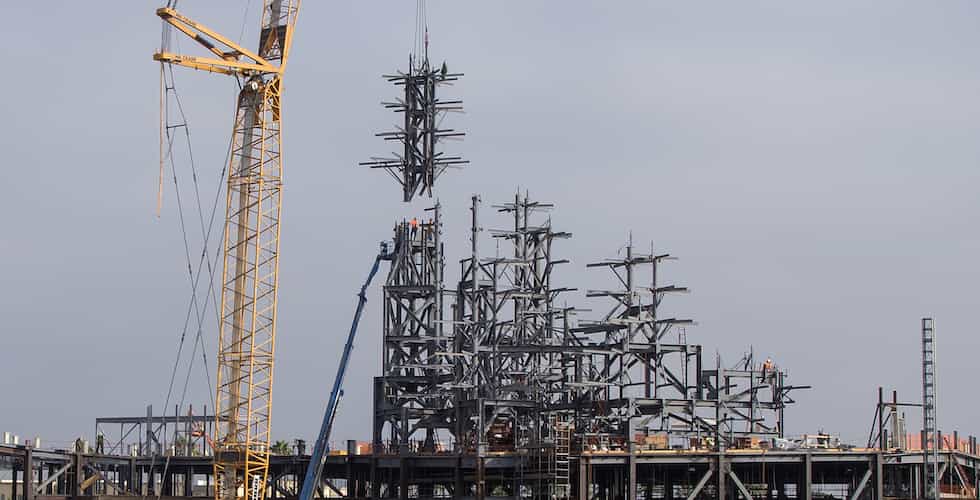 The highest point in the land was made with a 130-foot-tall rock spire. Once finished, Star Wars: Galaxy’s Edge will include approximately 10,000 tons of structural steel, and 200,000 square feet of hand-carved rockwork.

The same land is also currently under construction in Disney’s Hollywood Studios at Walt Disney World Resort. Both lands are scheduled to open in 2019, with Dinseyland’s opening first.

Disney to livestream Rise of the Resistance...