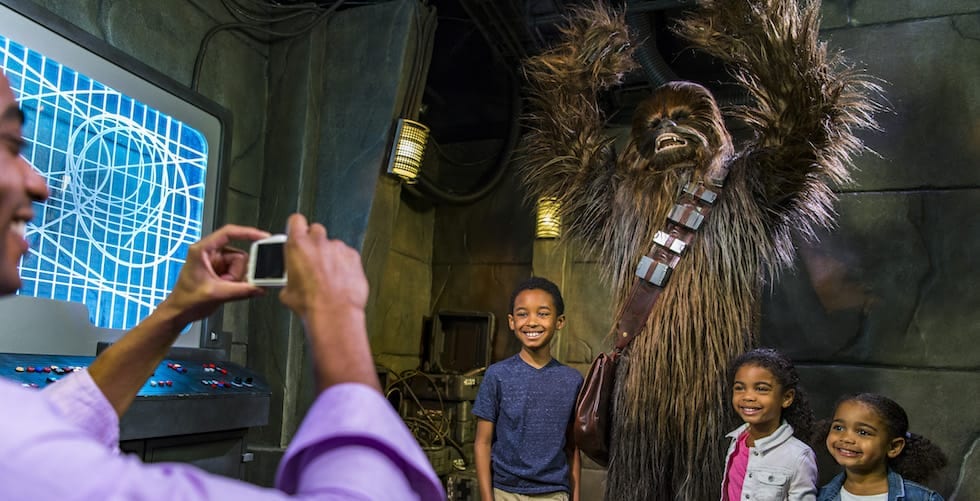 Guests can roar like Chewbacca to support Star Wars: Force for Change.

Lucasfilm and Star Wars: Force for Change have announced “Roar For Change,” a worldwide challenge to support UNICEF.

These funds will be used to support UNICEF’s life-changing and saving world for children around the world.

“Every year, May 4th has seen fans across the globe become Forces for Change and rally around good causes,” said Paul Gainer, head of Disney Consumer Products Commercialization. “This year, as part of the countdown to the launch of ‘Solo: A Star Wars Story,’ we’re giving them a fun away to support UNICEF while celebrating Han’s legendary sidekick Chewbacca, and his iconic roar, which is almost as recognizable as the Wookie warrior himself.”

Fans can try their best at a Chewbacca impersonation, try on Hasbro’s Electronic Chewbacca mask, or even create a Dubsmash using one of Chewbacca’s best roars from the “Star Wars” films.

Funds from this campaign will go to UNICEF to help provide Ready-to-Use-Therapeutic Food packets to children suffering from malnutrition.

“We are thrilled to team up with Star Wars: Force for Change and Chewbacca to help improve the lives of malnourished children around the world,” said Rajesh Anandan, senior vice president of UNICEF Ventures, UNICEF USA. “It’s incredible to see ‘Star Wars’ fans rally around the spirit of Chewbacca and UNICEF’s lifesaving mission. Together, we can protect all that is good in a galaxy not so far away.”

To learn more about the campaign, visit ForceForChange.com.

Top 10 tips for sailing aboard the Disney Dream cruise ship