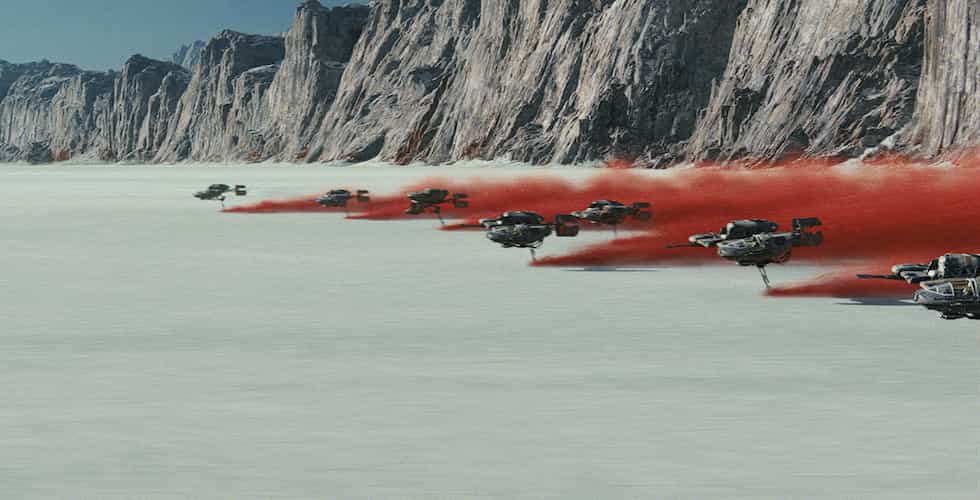 The addition of Crait ad a Star Tours destination was announced during a panel at Star Wars Celebration earlier this year.

Guests on Star Tours – The Adventures Continue will be able to travel to Crait this November to celebrate the release of “Star Wars: The Last Jedi.”

Earlier this year at Star Wars Celebration, it was announced that the flight simulator at Disneyland park and Disney’s Hollywood Studios will take guests on a new adventure to the planet of Crait, which was first shown in the teaser trailer for “The Last Jedi.” Check out the teaser:

This new sequence will make its debut in Disneyland park and Disney’s Hollywood Studios on Nov. 17, at Disneyland Paris on Nov. 22, and Tokyo Disneyland on Dec. 15.

Check out the official trailer for “The Last Jedi” below. It opens in theaters on Dec. 15:

Theater Review: ‘On Your Feet’ is great for Gloria Estefan fans, less so for casual theater-goers