Theater Review: ‘On Your Feet’ is great for Gloria Estefan fans, less so for casual theater-goers 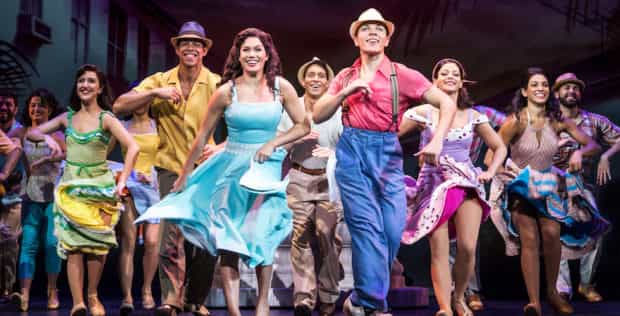 “On Your Feet”, the Emilio and Gloria Estefan musical, is now playing at Dr. Phillips Center.

While I personally didn’t know much about Miami Sound Machine or Gloria Estefan’s music, my mother grew up with them as pretty much her life’s soundtrack in Miami. My grandmother even went to high school with Gloria. So we have pretty different views of “On Your Feet!” Since I thought it was a pretty mediocre musical, I let her write part of the review:

The Estefans and Miami Sound Machine’s trademark energetic music set to their life story really pulls you into the real life moments that inspired their music. The story takes you through heartbreaking obstacles in their lives and solves them with a little bit of comedy, romance, and of course, music.

The dancing was just as amazing as the singing. The young Gloria (Amaris Sanchez) and Emilio (Kevin Tellez) stole the show every time they were on stage. At one point, the dancers came into aisles to conga and I was surprised people didn’t stand to dance, but I imagine some crowds will. I know I would’ve if we hadn’t been in the middle of the row. – Jackie

While the dancing and singing was phenomenal, a lot of the songs felt out of place and didn’t quite make sense with the story. The only two songs I was familiar with were “Conga” and the title song, “Get on your Feet”.

Speaking of the title song, it was played at the very end of the curtain call with the cast gesturing for everyone to stand up, which felt as though the audience was coerced into a standing ovation. Don’t get me wrong, the show was fun, and funny at times, but unless you’re really familiar with the songs, it probably won’t end up being one of your favorites.

The show runs through Oct. 22 at the Dr. Phillips Center for the Performing Arts.