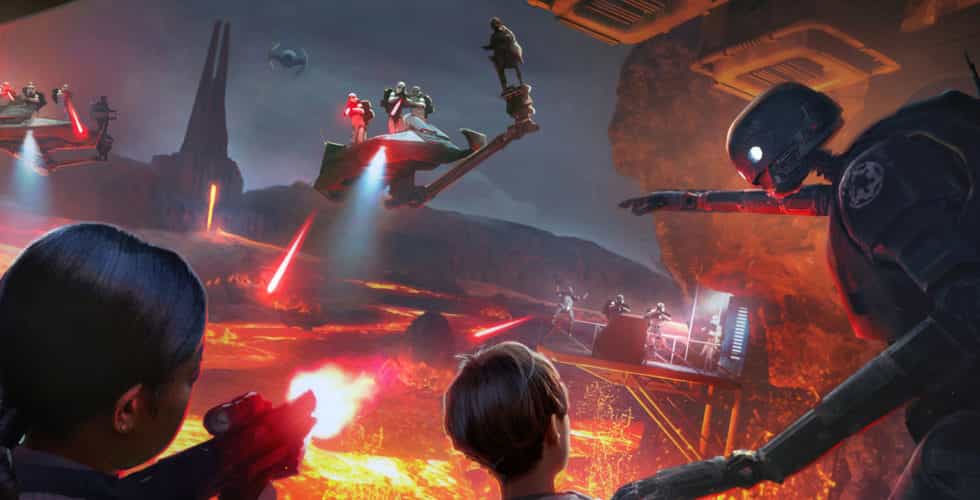 A VR company called The Void will create a brand new experience center in both Disney Springs and Downtown Disney to showcase their first collaboration with Industrial Light & Magic, rightly called Star Wars: Secrets of the Empire. You will be completely untethered from wires as you freely roam a tactile VR experience. The Void promises to immerse everyone into the Star Wars Universe.

The Void recently joined Disney's Accelerator Program, a grant set up by Disney to invest in upcoming technologies. They have used their technology, the grants by Disney, and the teamwork of Industrial Light & Magic to step up their game in this all new experience. The Void is a hyper-realistic VR experience that uses real world items and practical effects to fully immerse you. Imagine stepping onto a platform over lava in Mustafar and feeling the heat from below. When playing the game you will also hold a physical blaster to amplify the real effects of the virtual world.

Curtis Hickman, co-founder and chief creative officer at The Void stated: “At The Void, we combine the magic of illusions, advanced technology and virtual reality to create fully immersive social experiences … it’s what you hear, feel, touch, and even smell … guests who step into Star Wars: Secrets of the Empire won’t just see this world, they’ll know that they are part of this amazing story.”

We're not currently aware of the exact location this experience or how large it is. The Void is known for making small areas appear huge with optical illusions and VR manipulation techniques. This hyper-reality type attraction is expected to open sometimes this holiday season at both Disney Springs and Downtown Disney.