Stars in the Park: Kaley Cuoco from “The Big Bang Theory” meets Spider-Man at Universal Orlando 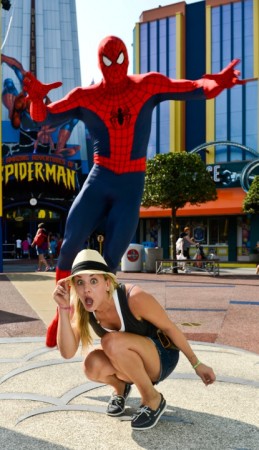 Kaley Cuoco, who stars as Penny in the Emmy and Golden Globe award-winning television series The Big Bang Theory also starred in the animated film, HOP which is featured at Universal Studios Orlando in the new Universal’s Superstar Parade.

Universal Orlando Resort hosted Cuoco, for a tour of both theme parks during the Labor Day holiday weekend, where she enjoyed The Amazing Adventures of Spider-Man, as well as The Wizarding World of Harry Potter. She even tweeted a few pictures of her adventures which we have featured above.