Stars in the Parks: Big Boi of Outkast at the Magic Kingdom 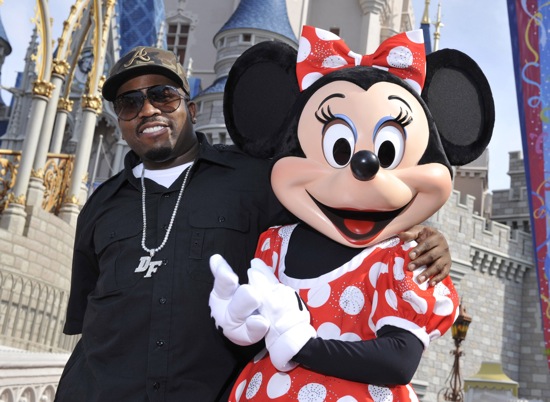 Hip-hop artist Big Boi, one-half of the Grammy Award-winning duo OutKast, posed earlier today, July 24, 2009, with Minnie Mouse at the Magic Kingdom. Big Boi (born Antwan Andre Patton) is scheduled to release his first solo album, entitled Sir Luscious Left Foot: The Son of Chico Dusty in 2009. In addition to his work with OutKast, the Atlanta-based artist and producer has appeared on tracks by Beyonce, Jay-Z and Missy Elliott. In 2008 he collaborated with the Atlanta Ballet for a series of critically acclaimed performances.. He is visiting the Walt Disney World Resort on vacation this week.
Photo by Garth Vaughan

I told my garndmohter how you helped. She said, bake them a cake!

Pictures of Cinderella Castle lit up for...

Take a selfie with Raya from ‘Raya...