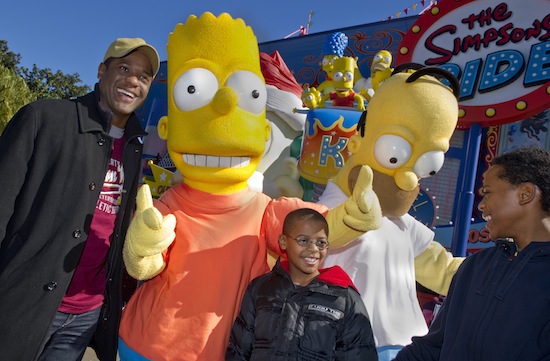 Actor Blair Underwood and his family recently visited Universal And Disney theme parks while in Orlando. At Universal Studios, he’s seen visiting with The Simpsons outside of their ride. And it was only fitting that he visit The Hall of Presidents at Magic Kingdom since he currently plays the President of the United States on the NBC television show The Event.

Blair was visiting the parks with his wife Desiree and their children, Brielle, Blake and Paris. 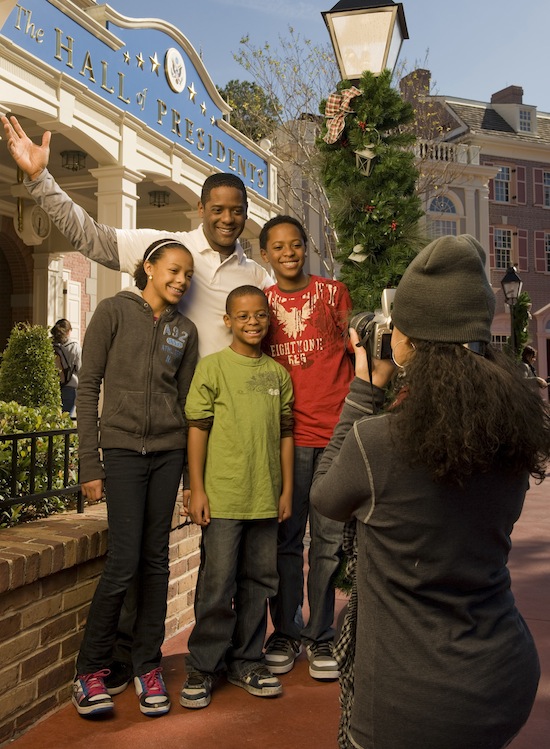