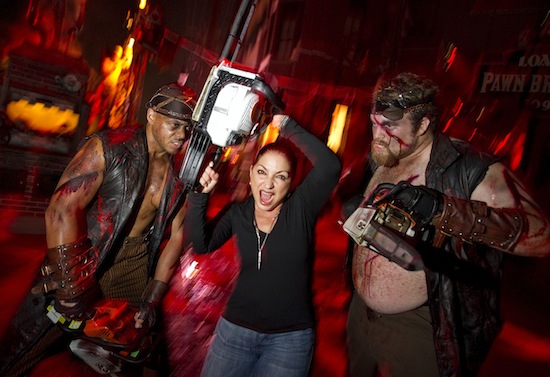 It’s not just the rhythm that’s gonna get you, but so is the singer and her chainsaw friends. Grammy-award winning singer and songwriter Gloria Estefan joined the chainsaw drill
team on Oct. 17, 2010 during Halloween Horror Nights at Universal Studios. Estefan and her family were hosted by Universal Orlando to enjoy the scares in the haunted houses and streets.