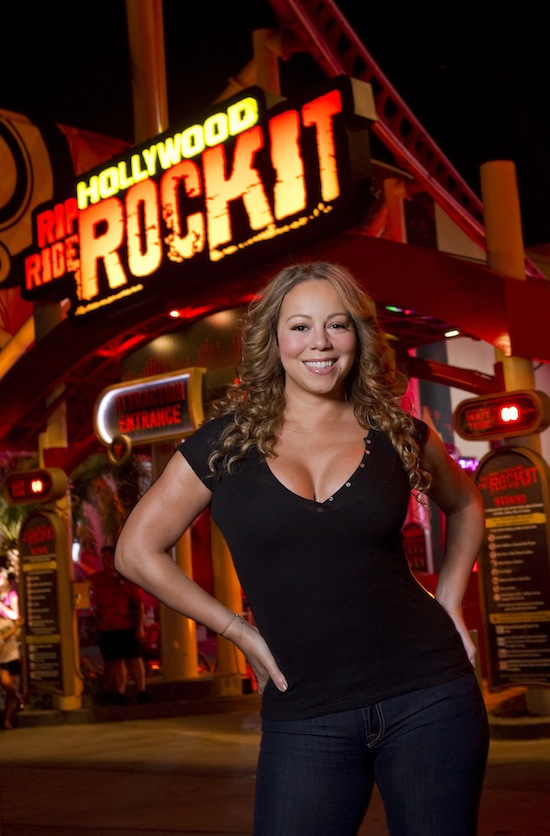 Singer and actress Mariah Carey looks calm and confident in front of the Hollywood Rip Ride Rockit roller coaster at Universal Studios. Carey spent vacation time this week at both of Universal Orlando’s theme parks while her husband, actor and comedian Nick Cannon, filmed season five of the NBC television show, “America’s Got Talent” at Hard Rock Live in CityWalk.

Another reason to stay!

I think Mariah Carey is a lovey woman and has a great voice and Nick should be glad he got her and he better treat her right.

Mariah Carey’s latest perfume sounds exciting. I cant wait to get them for myself. I always follow Mariah’s records and news about her life. She is really an amazing person.

My brother is so crazy about Mariah Carey. He has a lot of photos and compilation on his computer using as his screen saver. He also got all Mariah’s Cd music.

Stars in the Parks: Brendan Fraser with...