Stars in the Parks: Motocross champion Carey Hart meets the Queen of Harts 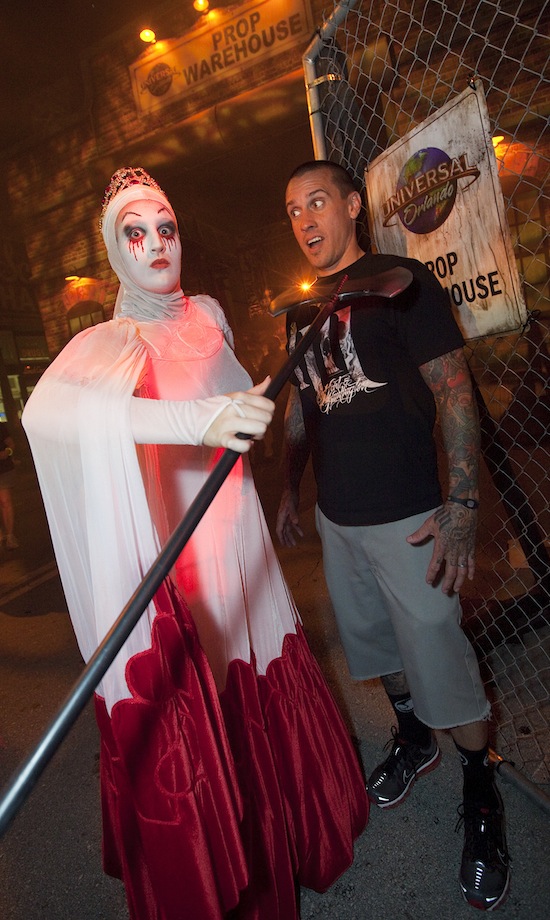 Motocross champion and co-owner of Hart & Huntington tattoo Carey Hart found himself held captive by the Queen of Hearts at Halloween Horror Nights XX at Universal Studios on Oct. 28, 2010.

Hart was hosted at Halloween Horror Nights while he was in Orlando to celebrate the launch of the new website for Hart & Huntington Tattoo’s Orlando location in Universal CityWalk.

Hart will sign autographs for fans from 5 to 7 p.m. tonight at Hart and Huntington Tattoo.

SeaWorld’s new blog brings all their brands, social media together