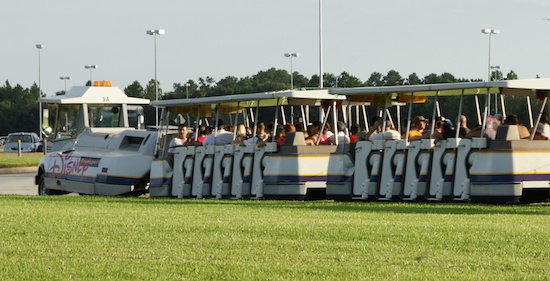 I don’t make it to Disney’s Animal Kingdom as often as I’d like to since it usually closes early. But I squeezed in a few hours on Halloween. Here are some of the more interesting things I noticed. 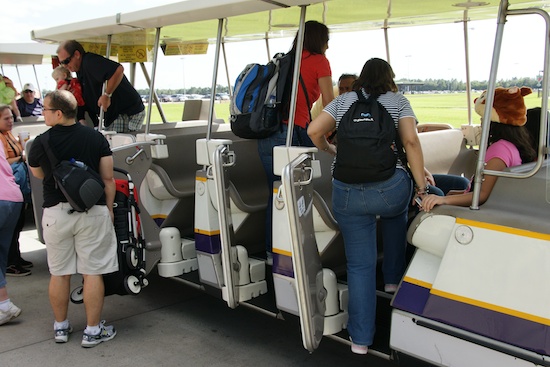 The trams that bring you to and from the parking lot now have doors on them. The doors have been installed on all the trams at the Animal Kingdom and Hollywood Studios so far. By early next year, all 23 trams at all the Disney parks will have them. They are manually locked and unlocked by a lever, but they close by themselves if you leave them open. But even with the doors, they still ask that kids sit on the inside of the row.

The new Park series 5 of Vinylmation figures is out. I like the Carousel of Progress one. 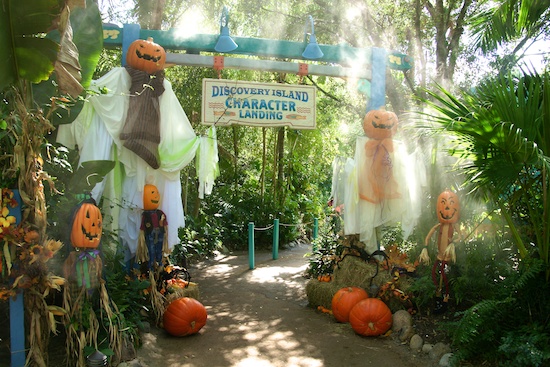 Even though it was Halloween, I didn’t notice too many special happenings. The biggest change I saw was here at the Winnie the Pooh meet and greet. 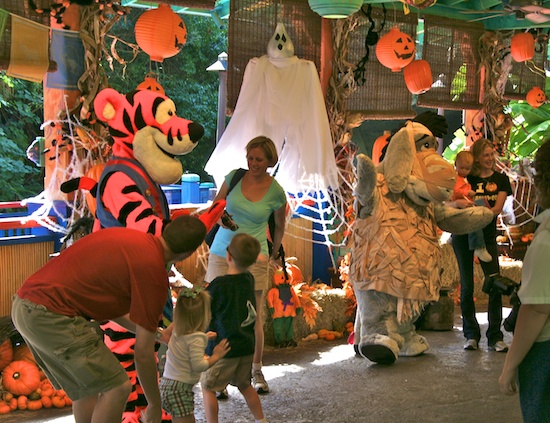 The characters were wearing their costumes. I didn’t get a good photo of Pooh, but he was wearing his detective outfit. 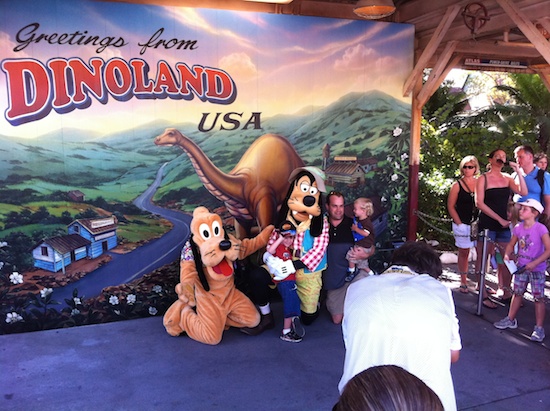 These dogs were wearing their usual Animal Kingdom outfits. 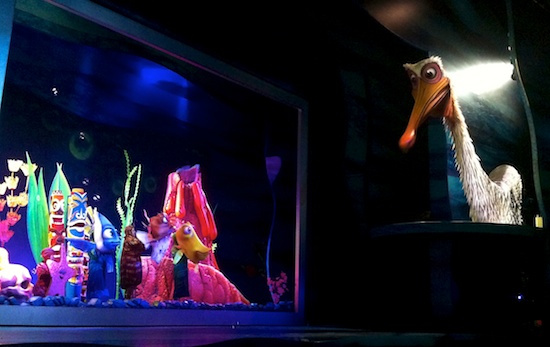 It’s fun to relax in the air conditioning and watch Finding Nemo The Musical once in a while. 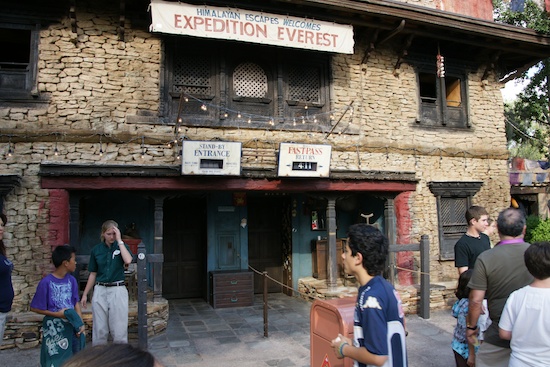 The last time I wanted to ride Exhibition Everest, the ride shut down right as I was walking up to the entrance. It happened to me again. I hope the third time is the charm. 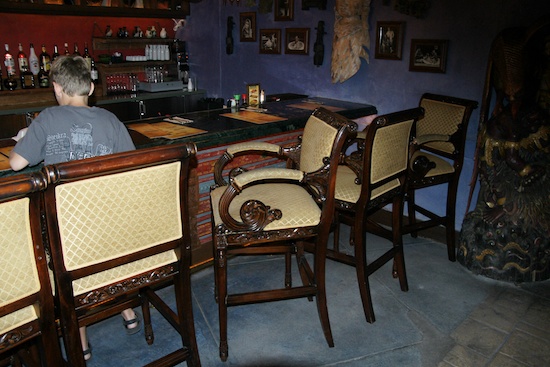 The Yak & Yeti Local Food Cafe had closed by the time I was walking by, so I sat at the Yak & Yeti restaurant bar and ordered a snack to go, then went outside by the fountain to eat. But I have to tell you, those bar chairs are very comfortable. 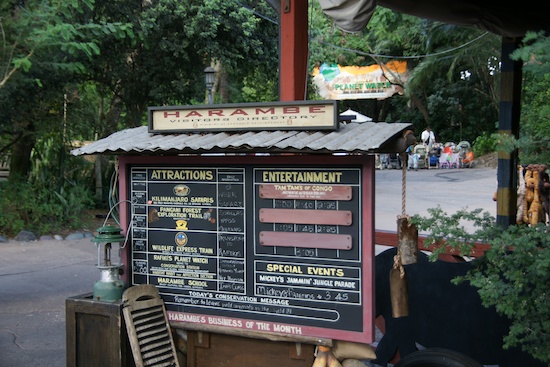 I bet it’s been there quite a while, but this is the first time I’ve noticed this times board in the Africa section of the park. 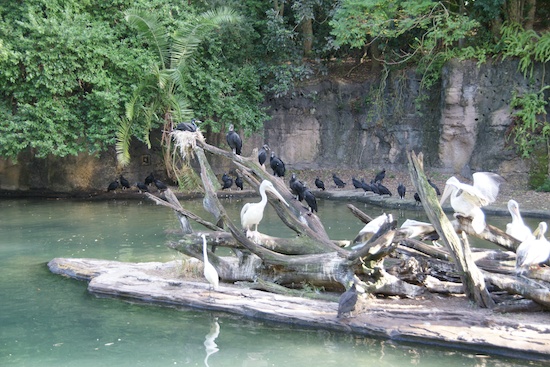 I was on one of the last Kilimanjaro Safari rides of the day. Buzzards had just about taken over the whole first section of the ride. They were everywhere. 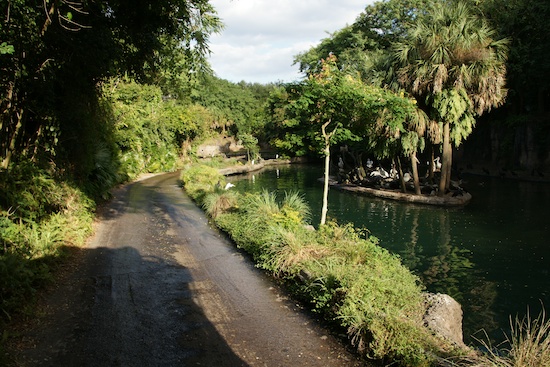 I sat in the very back row of the safari truck. This allowed me to get some neat photos of the areas we’d just gone through. 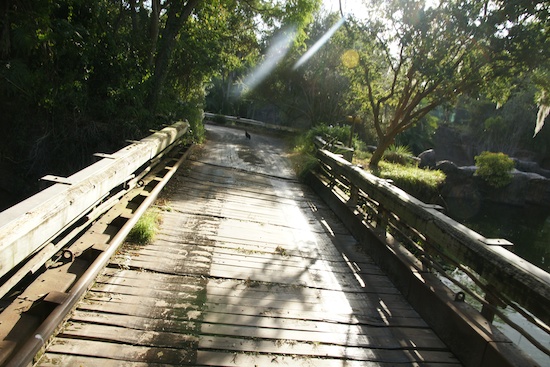 This bridge used to “fall” a bit when the truck went over it, but that feature hasn’t been working in quite a while. Our tour guide warned us that it was a rickety bridge before we went over it, so I was hopeful they’d “fixed” the falling effect, but no fall for us. The last time I rode, someone sitting near the driver asked why the bridge didn’t fall. The driver said it was because they fixed it. He then asked the person why they’d want to go over a bridge that falls. I wasn’t amused. 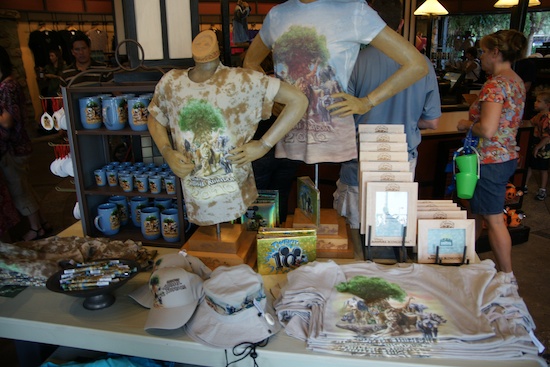 A look at some 2010 Animal Kingdom T-shirts and other merchandise. They weren’t on sale yet. 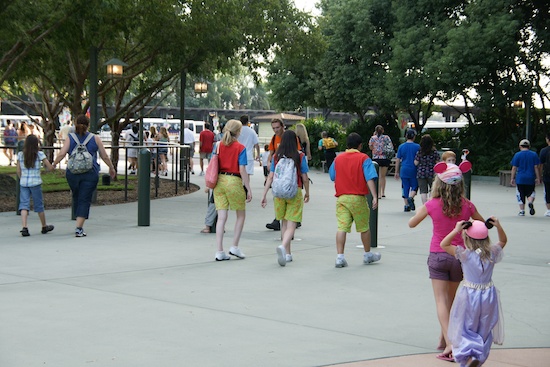 It’s too bad some Animal Kingdom cast members have to leave the park the same way the guests are going. To me, it ruins some of the magic to see them walking out to their cars with their backpacks.

Stars in the Parks: Motocross champion Carey Hart meets the Queen of Harts

You should try being one of those cast members leaving through a guest area. On day on my way to my car I got cussed out by a guest because I didn’t know which bus went to her hotel.

Christy if you don’t buy into the whole “cast members are part of the magic” thing, maybe you shouldn’t work there… this could be part of why Disney magic has gone down hill a little. Not as magical as it used to be.

I completely agree with @Disney Mom. I was a little nervous about trying to get a job at Disney but now I’m not cause the way iv seen the CM act lately, it looks like their just hiring anyone.

Co-owner of the merry-go-round that inspired Disneyland...

Mickey's Not So Scary Halloween Party to...