Supercars, celebrities and chefs converge in Celebration for the Exotic Car Festival 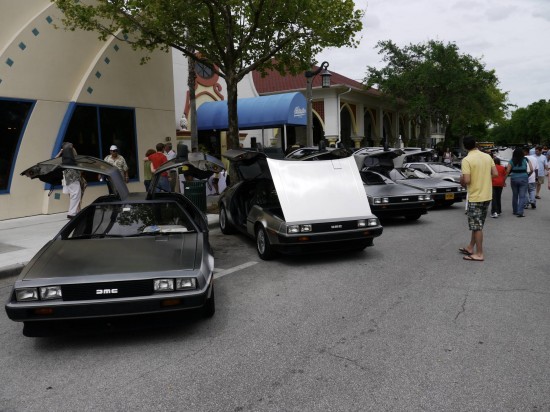 The 9th Annual Celebration Exotic Car Festival is back for 2012 from April 12 through 15. The four day event, which benefits children’s charities, invites participates and spectators to see some of the world’s most exotic cars, sample foods from renowned celebrity chefs, and mingle among Hollywood actors.

The exotic cars will first take on Daytona International Speedway from April 12-13. The event also features the CCR Race Series, with more than 30 owner-drivers of Ferrari challenge cars competing in one of the most exciting races of the year.

After that, the Concours of Exotic Cars will take place on April 14, with 250 exotic cars, race cars and Hollywood movie cars lined up along Celebration’s lakefront. Ferrari, Maserati, Lamborghini, Bugatti, McLaren, Lotus, Aston Martin and many others will be displayed. Admission is free for spectators. The show was attended by nearly 40,000 spectators last year.

Some of the Hollywood actors attending will include, Luke Wilson (Old School), Carl Weathers (Rocky), Christopher McDonald (Happy Gilmore), Patrick Warburton (Rules of Engagement) and Lea Thompson (Back to the Future). Some of the movie cars on display will include, the original “Mutt Cutts” van alongside the Lamborghini from Dumb and Dumber, the Back to the Future DeLorean, the Batmobile, Star Wars Landspeeder, the Flintstones car, and Herbie.

The Festival’s annual Food and Wine Party will be held April 14 at the Loews Portofino Hotel. It will feature more than 50 local restaurants and renowned celebrity chefs including  Top Chef’s own Michael Voltaggio, Kevin Spraga, and Kenny Gilbert. The evening also features a display of exotic cars, live music and performance artists, and charity auctions.

The event will conclude on April 15 with the annual Exotic Car Road Rally.

Since 2004, nearly $800,000 has been donated to children’s charities, including Make-a-Wish, Special Olympics and Arnold Palmer Children’s Hospital, through the efforts of this event. 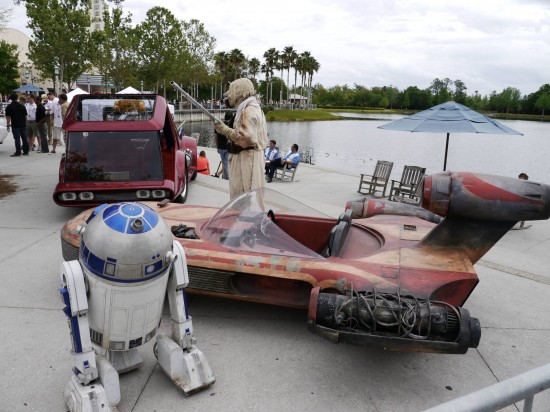