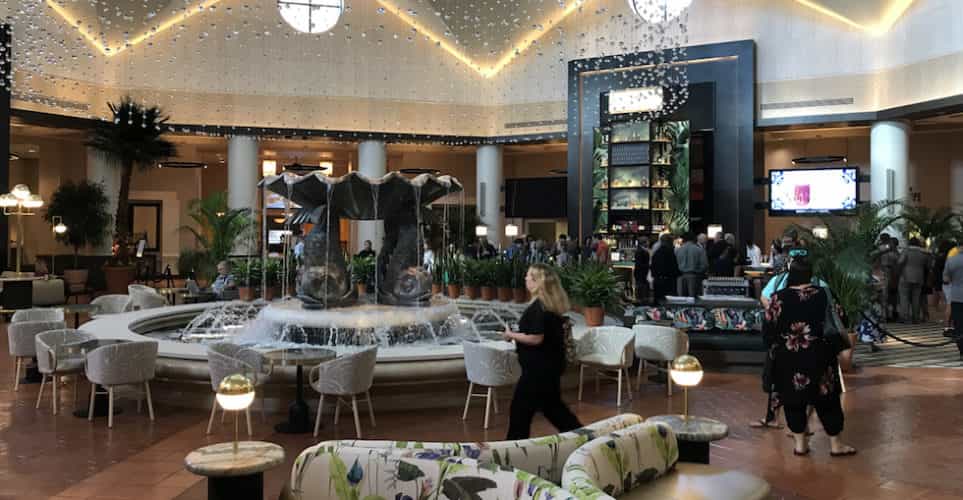 A look at the new Dolphin hotel lobby

The Dolphin hotel at Walt Disney World recently unveiled their new lobby, with a new bar and grab-and-go store. It’s the finishing touch on a $140 million, three-year project at the Walt Disney World Swan and Dolphin Resort.

In addition to the remodeled Dolphin lobby, all the guest rooms at the Walt Disney World Swan and Dolphin Resort were remodeled and the meeting spaces were renovated.

“This is both a huge accomplishment for our team and a significant moment for our guests,” said Walt Disney World Swan and Dolphin Resort General Manager Fred Sawyers. “With the transformation now complete, our guests can enjoy a stylish new look, new amenities, the latest in technology, an operation with more than a quarter century of excellence in serving guests and a prime location at Walt Disney World Resort, all in one property.”

The completion of the project also means the resort returns to operating at full capacity. Overall, the redesign included: 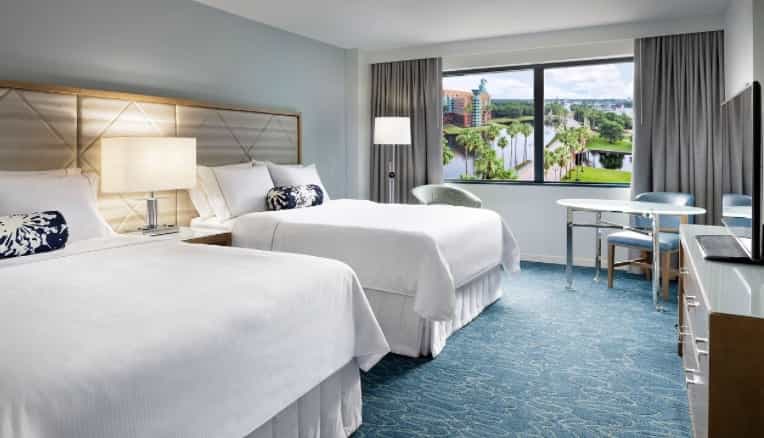 One of the remodeled rooms at the Swan hotel

Guest Rooms
All 2,267 guest rooms were completely transformed to a new look which reflects the resort’s water-themed architecture. Interior design and architecture firm Garcia Stromberg/GS4 Studios designed the rooms, drawing inspiration from the resort’s original designer, the late Michael Graves. The new rooms feature hues of white, blue and gray, multi-functional furniture and all new bathrooms featuring vanities with backlit mirrors on iridescent glass tiles. Technology upgrades include the addition of more outlets and USB ports for charging devices and new HD TVs. The resort will also soon introduce new interactive TV software, allowing guests the ability to check out from their room and cast their own video streaming services from their personal tablets and mobile devices to their in-room TV 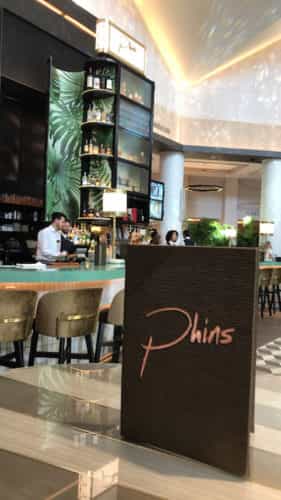 Phins pub in the Dolphin lobby

The new Dolphin Resort lobby features a contemporary look with a new geometric ceiling, enhanced lighting and more than double the amount of guest seating. The centerpiece of the new lobby is a grand chandelier stretching 20 feet from the ceiling with nearly 1,000 strands and about 10,000 individual crystals suspended above the Dolphin fountain. For the first time since its opening, the resort has built a completely new dining venue. Located in the Dolphin lobby, Fuel offers quick service and grab-and-go food and drink options for breakfast, lunch and dinner. Phins, a new bar centrally located in the Dolphin lobby, offers wines, beers and cocktails along with appetizers. Signature offerings include the resort’s own craft brew Phins & Feathers, wine on tap and creative cocktails. On Sunday mornings, Phins offers brunch-themed beverages including a variety of bloody marys and sparkling options. Coming soon will be new private poolside cabanas furnished with lounge seating, tables, fans, refrigerators and television for rental. Each cabana will include full food and beverage service

Meeting Space
A new 2,800-square-foot meeting and event space, Lake View, offers scenic outdoor views of the resort’s private lake and picturesque Dolphin Resort
All of the resort’s 332,000 square feet of meeting space has been transformed with an updated appearance. New technology includes electronic reader boards throughout the meeting space and the latest in high-density Wi-Fi offering high-speed, uninterrupted internet to groups as large as 15,000 people.

A look inside Fuel, the new grab-and-go store in the Dolphin lobby. The have hot and cold food, coffee, tea and other beverages, a full frozen yogurt bar, candy and more.

Ripley’s Believe It or Not! Orlando to offer free admission to first responders and power linemen

Swan and Dolphin resort guests to get extra...

First look shared from the top of Walt...

Top 5 things we learned about Galaxy’s...