To celebrate the 90th anniversary of Mickey Mouse, Disney has created a special gift card encrusted with Swarovski crystals that make the ultimate gift for any hardcore Disney fan. 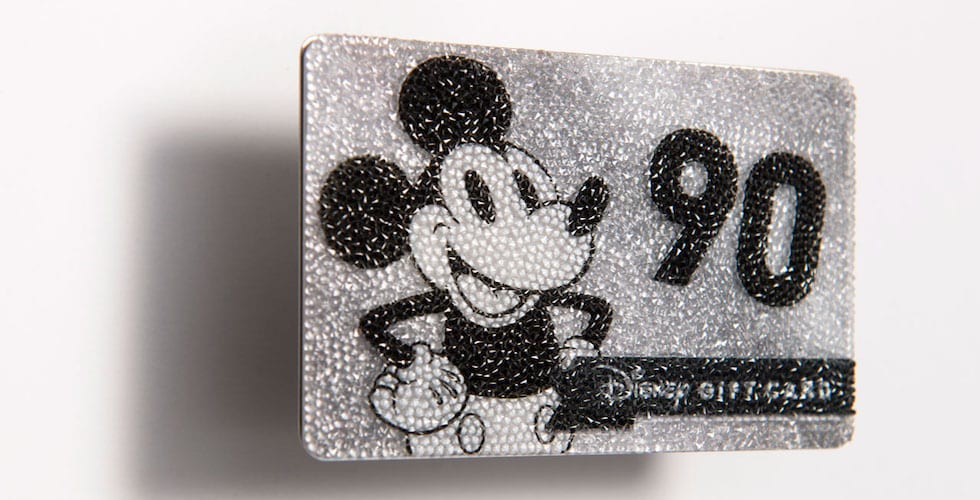 A look at the Swarovski crystal-encrusted Disney Gift Card.

Justin Hamana, graphic designer with Walt Disney Imagineering, created this concept, and specialists from Swarovski took the project all the way to Austria to develop a new way to adhere crystals to the entire face of the card – which has never been done before. 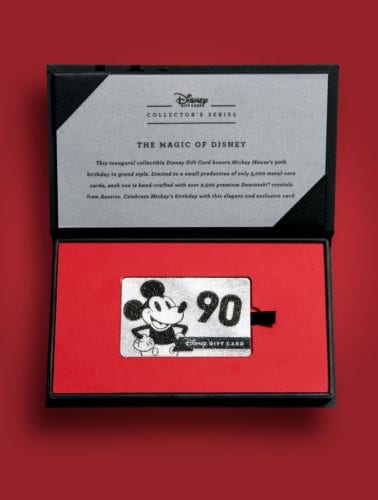 All 5,000 of these special gift cards are made with a metal core, encased in protective plastic, and encrusted with over 2,500 premium Swarovski crystals. The card arrives packaged in a custom box with magnetic closure, and is the first to feature the Disney Gift Card Collector’s Series logo. The box also includes a vellum certificate for the gift card.

You won’t have to worry about losing any crystals due to scanning the card, as there is no magnetic strip on the back. Instead, guests will find a barcode that can easily be scanned. The $90 loaded onto the card can also be transferred to a standard Disney Gift Card online.

You can snag one of these limited-edition cards for yourself at the Walt Disney World Resort or the Disneyland Resort for $300. Each card comes pre-loaded with $90 that can be redeemed on all things Disney – including theme park tickets, resort stays, Disney vacations and dining, plus all the Mickey 90 merchandise you could dream of at Disney Stores throughout the U.S., Canada, and Puerto Rico. 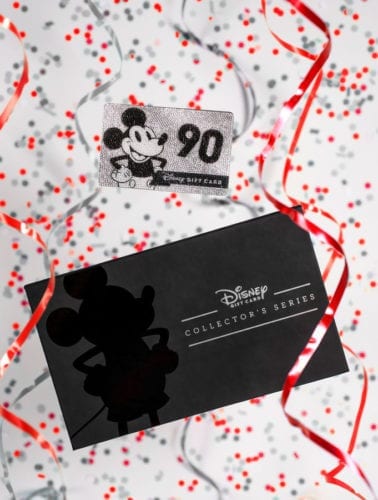 The Disney Gift Card Collector’s Series will be available to purchase starting Dec. 4, 2018 at the following locations (while supplies last):

Show off your Pride in Disney Style...