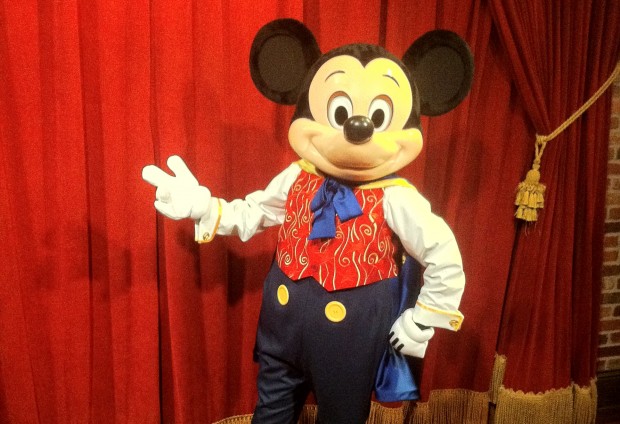 The evolution of meeting characters at Disney parks has taken another step. Guests at the Magic Kingdom can now talk to Mickey Mouse as he prepares for his next magic show at Town Square Theater.

Many years ago, the Disney characters in the “Dream Along with Mickey” stage show at the Magic Kingdom began moving their mouths and blinking, but when guests met them, they stayed silent with their eyes wide open. But that’s changed for the big cheese when he’s at Town Square Theater. Take a look:

The other Disney characters are staying silent for now, but don’t be surprised if they start talking to you in the future as well.

Magician Mickey meets daily, but be aware that sometimes he may be saving his voice for an upcoming parade or show, so conversations are not guaranteed. Plus Mickey doesn’t like to get too personal right now, so don’t expect him to greet you by name or answer all your specific questions. Although that too may be coming in the future.

When he is going to go.