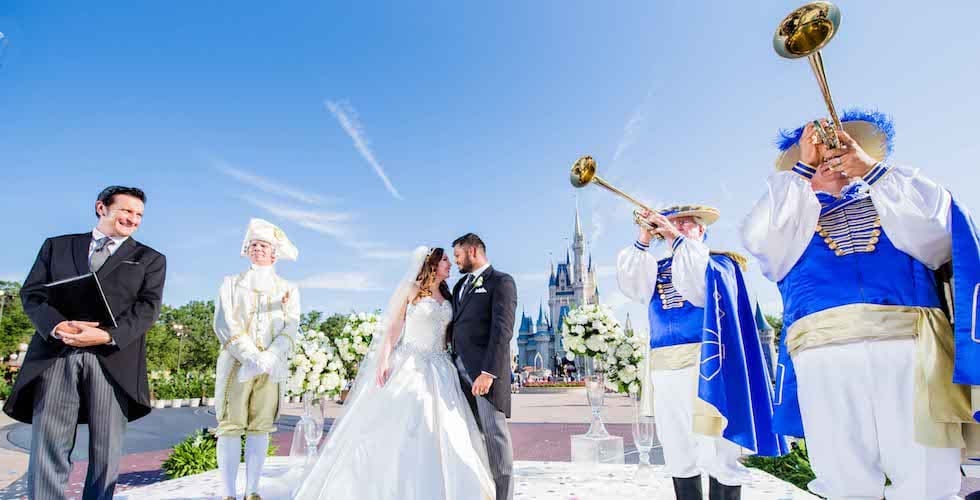 A lucky Texas couple had a wedding fit for royalty at Walt Disney World.

A Houston couple recently said their wedding vows in front of a national television audience and the backdrop of Cinderella Castle at Walt Disney World.

Last summer, Alexis Preston and Jay Patel’s wedding plans were derailed by Hurricane Harvey, which left their home flooded, ruined their car and put their wedding plans on hold.

To celebrate the royal wedding of Meghan Markle and Prince Harry, Disney’s Fairy Tale Weddings and ABC’s “Good Morning America” joined forces on a national search for a couple who deserved the royal-inspired wedding of their dreams.

Preston and Patel, avid Disney fans who got engaged at Cinderella’s Royal Table, were chosen out of over 3,000 couples for this once-in-a-lifetime opportunity. 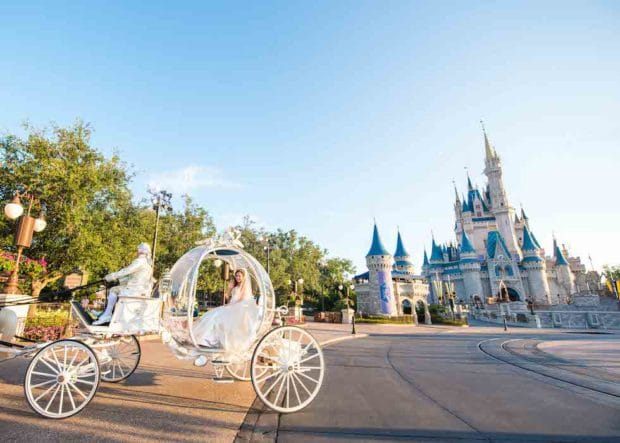 The bride got to ride to the ceremony in Cinderella’s Royal Carriage.

The bride was draped in an elaborate, beaded Kleinfeld wedding dress, and arrived to her wedding in Cinderella’s Glass Coach, pulled by six white ponies. Royal trumpeters, along with Major Domo from “Cinderella,” page boys and flower girls heralded the bride’s arrival.

Some of the women accessorized with fascinators – fancy headwear worn by the English on festive occasions.

After their wedding, the couple got to stay in the Cinderella Castle Suite in the Magic Kingdom, and were then whisked away on an unforgettable honeymoon in England and France, thanks to Adventures by Disney. 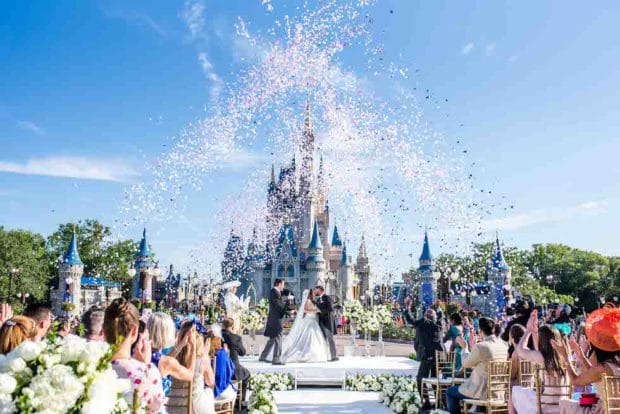 Congrats to the newly married couple!

“It’s been a hard year,” Preston told “GMA.” “So it’s such a blessing to get married at my favorite place in the world.”